Pope Francis' visit to Ireland was already dominated by an abuse scandal, but the latest blow to the pontiff might prove fatal. Alexander Görlach believes that in its present form, the Catholic Church has no future. 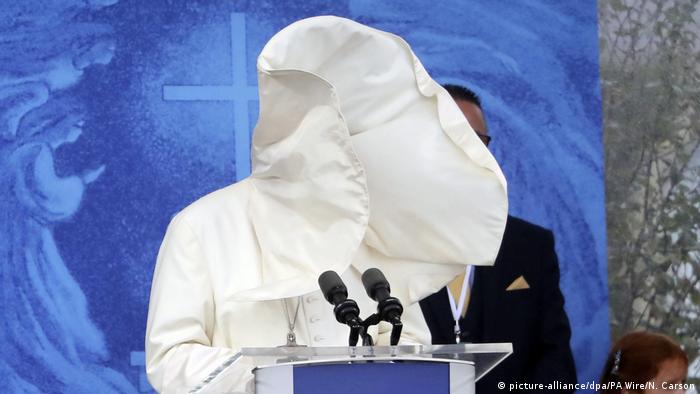 My first visit to Boston was in 2002 — just after the church abuse scandal that swept through the city, a Catholic stronghold in the United States, had reached its peak. The lid had just been blown off a cover-up that spanned decades.

After the revelations broke in Boston, similar stories emerged in Australia, Ireland, Germany, the Philippines and Tanzania. The shockwaves — and the feelings of horror, disbelief, disappointment, pain, and anger they created — were felt in all corners of the Christian world.

The scandal, and its sheer scale, unites the devout. It brings them closer together and forms an opposition to the almighty clergy. At the same time, the constant revelations have led to people abandoning the Catholic Church in droves.

The diabolical practice with which the Lord's servants sacralized their sexual games is beyond anything a pious Catholic soul could fathom. It in this sense, it understandable why some of the church's adherents believe the devil himself is behind these most morally abhorrent acts.

The truth, however, seems to be that a system of denied sexuality, except for a few cases, is at odds with its most egregious excesses.

The pope's celibate church is morally bankrupt and has self-destructed. What we are seeing is the institution's greatest day of reckoning since the Reformation. It is hard to imagine a remedy now that could prevent the Catholic Church from its demise.

Now Pope Francis finds himself is at the center of new accusations. Archbishop Carlo Maria Vigano, a former Vatican ambassador to the US, has publicly accused the pontiff of having known of the allegations against the former Archbishop of Washington, Theodore McCarrick, as far back as 2013.

This news comes as a mighty blow for Francis, who ended his trip to Ireland by asking victims of abuse for forgiveness over the suffering his church had inflicted on them. As a result of the scandal, Catholics in Ireland have had to begin a new chapter of relations with the Vatican.

The recent abuse scandal in the state of Pennsylvania will not be the last, in the same way that 2002 in Boston was not the first. It is simply the first one to come to light. For decades, and indeed for centuries, the despicable acts of the church were able to exist hidden within the shadows, away from public accountability and criticism. The church was so powerful at the time that no one could impede its destruction of those most vulnerable souls, who came to its doorstep pleading for salvation.

Now is the time of discernment that the Lord speaks of in the Gospel of Matthew: The weeds must be torn out without affecting the wheat. But it is unlikely that such a purge can be achieved in a church where complicity runs all the way to the top. In any case, the church leader is standing on the side of the weak and not on the side of the clergy.

Alexander Görlach is a linguist and theologian who works on narratives of identity, politics and religion, and liberal democracy, as well as secularism, pluralism and cosmopolitanism. He is an affiliate advisor at the F. D. Roosevelt Foundation's In Defense of Democracy Program at Harvard University's Adams House, senior fellow at the Carnegie Council for Ethics in International Affairs, senior research associate at Cambridge University's Institute for Religion and International Studies, and honorary professor of ethics and theology at Leuphana University of Lüneburg in Germany. His work has appeared in The New York Times and the Neue Zürcher Zeitung, among others. Görlach is also the founder of The European, and served as its editor-in-chief from 2009 until 2015.

Supporters and protesters greeted Pope Francis as he made a highly charged visit to Ireland. He sought to restore trust in the Catholic Church in once-devout Ireland, where support has waned over abuse scandals. (26.08.2018)

US: Lab monkey missing in Pennsylvania after road crash 8h ago

Opinion: Why 2022 will be critical for Jews in Europe 0m ago