Australia's Catholic Church rejects use of confessionals as evidence

The Australian Catholic Church said it would not allow evidence heard in confessionals to be reported in pedophilia investigations. The Church said confessionals were "a non-negotiable element" of religious life. 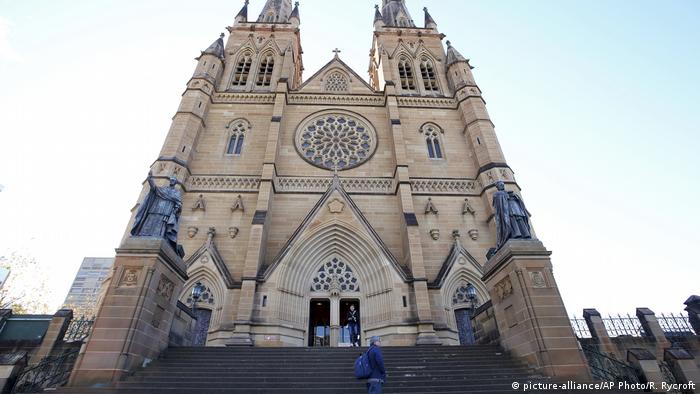 The Catholic Church in Australia said on Friday that it would not force priests to tell authorities about child abuse evidence that they hear in confessional.

Australia's Royal Commission into Institutional Responses to Child Sexual Abuse had made the recommendation that priests be prosecuted if they did not report evidence of pedophilia heard in confessionals.

The refusal of the Catholic Church to fully comply with authorities could create conflict between the religious institution and the Australian government. Already, one state and a territory in Australia have introduced laws to make non-reporting of evidence in confessional a crime. The government's aim is to tackle cover-ups within Church hierarchy that has shielded abusers in the past.

But The Australian Catholic Bishops Conference (ACBC) President, Archbishop Mark Coleridge, said that breaking the seal of the confessional would not make children safer.

Coleridge told reporters that the seal of confession was "a non-negotiable element of our religious life and embodies an understanding of the believer and God."

"This isn't because we regard ourselves as being above the law, or because we don't think the safety of children is supremely important, we do. But we don't accept that safeguarding and the seal are mutually exclusive," Coleridge added.

Australia's longest-running royal commission and the country's highest form of inquiry, took into account statements by more than 15,000 survivors who detailed claims of abuse involving churches, orphanages, sporting clubs, youth groups and schools. It examined how the Catholic Church and other institutions responded to the sexual abuse of Australian children for more than 90 years.

Sister Monica Cavanagh, president of Catholic Religious Australia, highlighted that the church accepted 98 percent of the recommendations, calling the inquiry "an important and necessary period for the Australian community".

"The process is already underway to reform the church's practices to ensure that safeguarding is integral in all that we do as part of our ministry and outreach in the community," she said.

"Making the Church a safer place for our children and vulnerable persons is at the heart of our commitment to the mission," she added.