An inquiry in Sydney has found that one in 14 priests was accused of sexual misconduct between 1950 and 2010. The panel discovered a pattern of victim intimidation and cover-ups. 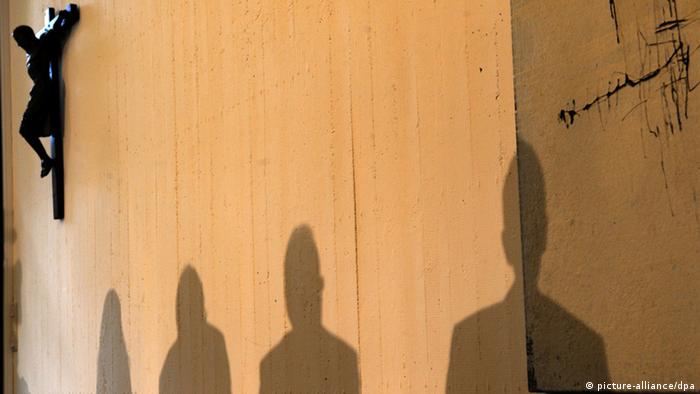 On Monday, an Australian commission reported that 4,444 alleged incidents of abuse by Catholic priests over a 60-year period had not been investigated. Roughly seven percent of all priests in Australia were accused at least once.

Cardinal George Pell has been interviewed in Rome by Australian detectives over child abuse allegations dating back to the 1970s. The cleric denies the charges. (26.10.2016)

In his third day of testimony, a Vatican official has denied knowledge of child sex abuse cases in his native Australia. He says he was simultaneously kept in the dark, but also changed the culture of cover-ups. (02.03.2016)

Canberra set up the Royal Commission into Institutional Responses to Child Sexual Abuse in 2012 following years of mounting pressure to look into the claims of pedophilia.

"Between 1950 and 2010, overall seven percent of priests were alleged perpetrators," said Gail Furness, the lawyer in charge of questioning at the Sydney inquiry. "The accounts were depressingly similar. Children were ignored or worse, punished. Allegations were not investigated. Priests and religious (figures) were moved."

Furness added that "the parishes or communities to which they were moved knew nothing of their past. Documents were not kept or they were destroyed. Secrecy prevailed as did cover ups."

The claims of a cover-up go so high that they have implicated Australia's top Catholic clergyman, George Pell. Pell, who is now the Vatican finance chief, was questioned over his handling of abuse claims in the state of Victoria in the 1970s.

The inquiry found that about 90 percent of the 1,880 alleged perpetrators were men, and the victims averaged around age 10 for girls and 11 for boys.

"These numbers are shocking, they are tragic, they are indefensible," said Francis Sullivan, the head of the church's Truth, Justice and Healing Council.

"This data, along with all we have heard over the past four years, can only be interpreted for what it is: a massive failure on the part of the Catholic Church in Australia to protect children from abusers. As Catholics, we hang out heads in shame."

Of the 300 cases referred to police throughout the course of the four-year investigation, only 27 prosecutions have been able to move forward, with 75 more pending.