A US Treasury report has offered a rare criticism of German economic policies, warning its export-reliant growth model was harmful to the eurozone. The report also reiterated concerns about the value of China's currency. 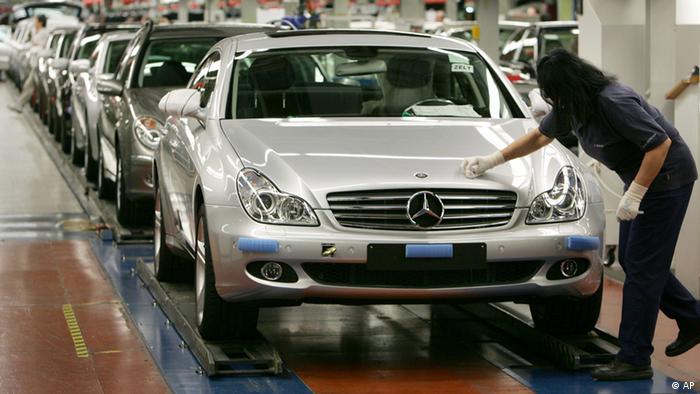 In the Treasury report, published Wednesday, the Obama administration criticized Germany for maintaining a large trade surplus throughout the eurozone. It also flagged up Germany's limited domestic demand-led growth as a risk not only to the eurozone but to global economic recovery.

"Germany's anemic pace of domestic demand growth and dependence on exports have hampered rebalancing at a time when many other euro-area countries have been under severe pressure to curb demand and compress imports," the twice-a-year Treasury report to Congress said.

The German government believes the country’s economy is on the threshold of a strong rebound. As it revised its 2014 growth outlook upward, Berlin expects higher private consumption and more capital investment. (23.10.2013)

"The net result has been a deflationary bias for the euro area, as well as for the world economy."

It said Germany's surplus was larger than China's in 2012, urging Europe's largest economy to do more to rebalance growth on the continent. This would provide markets to boost the exports of other European nations.

"Stronger domestic demand growth in surplus European economies, particularly in Germany, would help to facilitate a durable rebalancing of imbalances in the euro area," the report said.

While US criticism of German economic policy is rare, its comments on China were more familiar.

The report stated that while China's currency, the renminbi, was appreciating, it remained "significantly undervalued."

"The RMB is appreciating but not as fast or by as much as needed. Treasury will carefully monitor the pace of RMB appreciation and press for further policy changes consistent with market determination of the exchange rate," the report said.

It stopped short, however, of accusing Beijing of manipulating the currency, an act which, if confirmed, would trigger intensive negotiations and could ultimately lead to trade sanctions.