The US has issued an ultimatum to Turkey: If the country buys the S-400 missile defense system from Russia, sanctions will be imposed. The dispute goes beyond the weaponry. Differences on Syria and Iran are at play. 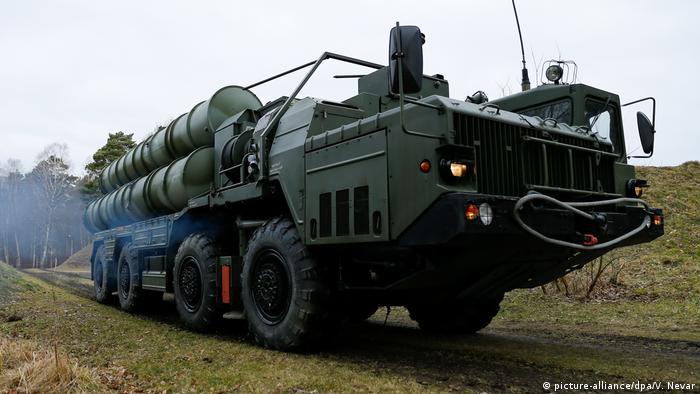 Turkey intends to protect its airspace with a missile defense system made by Russia. Officials in Washington, however, want Turkey, a US NATO ally, to purchase the American-made Patriot system instead. According to the US broadcaster CNBC, the government has issued an ultimatum: Turkey has two weeks to forgo purchasing the Russian-made anti-aircraft missiles; otherwise, sanctions will be imposed. The United States has also threatened to stop supplying Turkey with F-35 stealth fighter jets.

The US government has been applying pressure on Turkey for months. President Donald Trump has criticized the purchase of the Russian-made S-400 anti-aircraft defense system a number of times. US Secretary of State Mike Pompeo has even threatened sanctions. Earlier this week, however, Turkish Defense Minister Hulusi Akar said troops were already receiving S-400 training in Russia. The missile defense system was to be delivered in June or July and installed before autumn.

The Trump administration's confrontational stance has an economic and a military background. US officials have urged their Turkish counterparts to back out of the deal because they want Turkey to purchase the Patriot anti-aircraft missile system — possibly at a reduced price. In addition, there are serious security concerns in the US and in other NATO member states because Russian military technology is incompatible with the alliance's systems. Moreover, it is feared that S-400 radar technology could provide Russia with access to secret information on the F-35 stealth fighter jet: Turkey's military would, after all, combine Russian anti-aircraft defense with US warplanes. Additionally, there are concerns that military cooperation with Russia could advance Turkey's alienation from its NATO allies. Turkey has increasingly turned to nations such as Iran, China and Russia — and not just to meet its military needs.

Economic sanctions would hit Turkey hard. Since 2018, the country has been mired in a serious currency and economic crisis. Inflation and unemployment are taking their toll on the population. Last August, Trump's government imposed punitive tariffs on steel and aluminum, after a Turkish court had refused to release the incarcerated American pastor Andrew Brunson. The sanctions aggravated Turkey's economic woes considerably: Tension between Turkey and its US and EU allies deters investors. 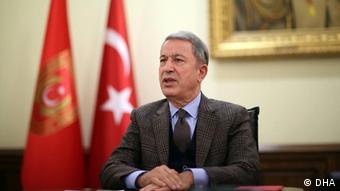 Defense Minister Akar is not impressed by Washington's threats

There is no indication that President Recep Tayyip Erdogan's government will back out of the deal. Defense Minister Akar said negotiations on purchasing the Patriot system were ongoing. Erdogan, however, keeps stressing that he is determined to complete the deal with Russia. In addition, Akar said earlier this week that Turkey was already preparing for US sanctions. One reason for the rigid stance is that, with a price tag of $2.5 billion (€2.2 billion) for two batteries, Russia's anti-aircraft defense system is significantly cheaper than that of the US. Nonetheless, the S-400 is believed to be extremely advanced and efficient: It has multiple functions and a range of 400 kilometers (250 miles) — and can engage targets at a height of up to 60 kilometers.

What does NATO say?

Negotiations on the S-400 system have become convoluted mainly because relations between Turkey and the United States have reached an all-time low. Though the row about Pastor Brunson is of secondary importance, the war in Syria has really put relations between the allies to the test. In Syria's civil war, the US joined forces with Kurdish People's Protection Units (YPG) to combat the "Islamic State" terror group. Turkish officials, however, call the YPG the Syrian branch of the banned Kurdistan Workers' Party — and, therefore, consider the militia a threat. Another reason for the bad blood between Ankara and Washington is US policy on Iran. Since the beginning of May, nations that import oil from Iran have been subject to sanctions. Until then, exemptions had been in force for eight countries, including Turkey.