The Supreme Court's conservative majority ruled federal courts have no role to play in deciding partisan gerrymandering claims. It leaves the redrawing of congressional maps to the parties' statistical experts. 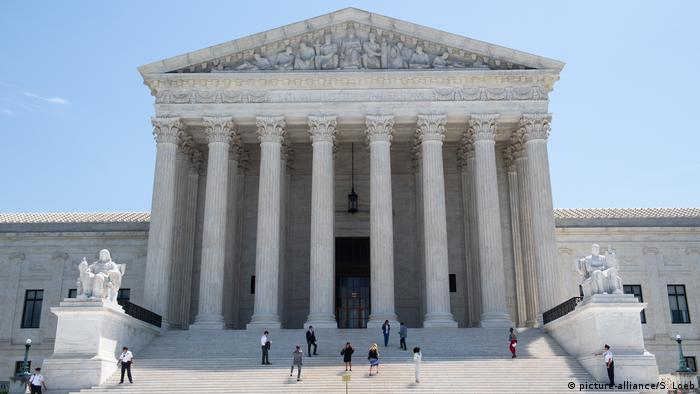 On their last day at work before going on summer vacation, the Supreme Court judges voted 5-4 on Thursday that federal courts have no role to play in policing state political districts drawn for partisan gain.

The five conservative, Republican-appointed judges said voters and elected officials should be the arbiters of what is a political dispute.

"It is emphatically the province and duty of the judicial department to say what the law is," Chief Justice John Roberts wrote in the majority opinion. "In this rare circumstance, that means our duty is to say 'this is not law."

The decision effectively reverses the outcome of rulings in Maryland, Michigan, North Carolina and Ohio, where courts had ordered new maps drawn and ends proceedings in Wisconsin. 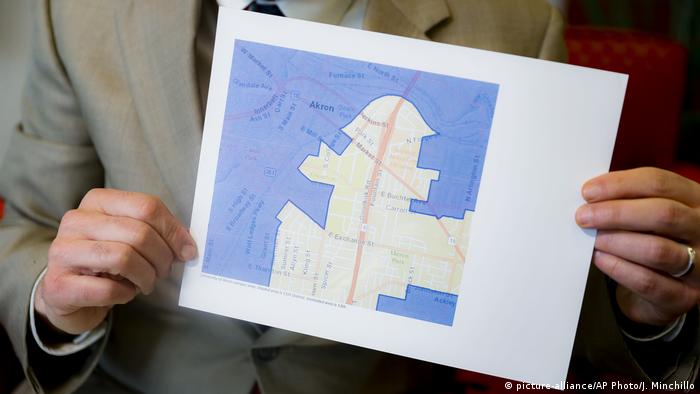 A map showing the shape of a gerrymandered district in Cincinnati, Ohio

The justices had heard challenges to Republican-drawn congressional districts in North Carolina, and a Democratic district in Maryland. They rejected both, saying such claims of partisan gerrymandering did not belong in federal court as there was no manageable standard for judging when partisanship went too far in the drawing of electoral district maps.

The court had previously acknowledged that "extreme" gerrymandering was inconsistent with democratic principles, but concluded it was better left to the political system to resolve.

As she issued her own opinion as one of the four dissenting judges, Justice Elena Kagan called extremely partisan gerrymandering a "constitutional violation."

"The partisan gerrymanders in these cases deprived citizens of the most fundamental of their constitutional rights: the rights to participate equally in the political process, to join with others to advance political beliefs, and to choose their political representatives," Kagan wrote. "If left unchecked, gerrymanders like the ones here may irreparably damage our system of government."

Gerrymandering refers to a way of creating a political advantage for a particular party or group by manipulating voting district boundaries. It is named for Massachusetts Governor Elbridge Gerry, who in 1812 signed a bill that created a partisan district in Boston which was drawn in the shape of a salamander.

As the Supreme Court justices excused themselves, US states and Congress facing experts from both parties looking to draw maps that maximize their political advantage.

State lawmakers will start the next round of redistricting after the 2020 census.

In its other ruling of the day, the court denied the Trump administration's application to add a citizenship question to the 2020 census. The court ruled the administration's explanation for wanting to add the question was "more of a distraction" than an explanation. The White House had claimed there was a need to improve enforcement of the Voting Rights Act.

An 1868 treaty which gave Crow tribe members the right to hunt did not expire after Wyoming became a state, the US Supreme Court has ruled. The decision holds federal government accountable to its obligations. (20.05.2019)

The court gave President Donald Trump a victory by upholding his policy that blocks many transgender people from serving in the military. It lifts lower court rulings that barred the policy from taking effect. (23.01.2019)