An 1868 treaty which gave Crow tribe members the right to hunt did not expire after Wyoming became a state, the US Supreme Court has ruled. The decision holds federal government accountable to its obligations. 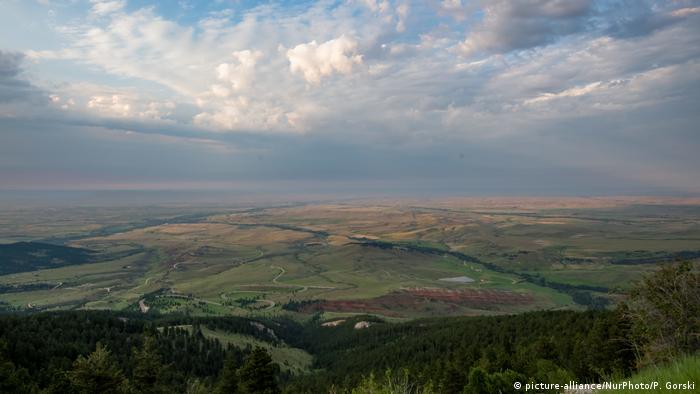 The US Supreme Court has ruled 5-4 in favor of Clayvin Herrera, a member of the Crow tribe, who shot elk in the Bighorn National Forest in the state of Wyoming in January 2014.

"The Crow tribe's hunting right survived Wyoming's statehood, and the lands within Bighorn National Forest did not become categorically 'occupied' when set aside as a national reserve," the court in Washington ruled on Monday.

Herrera had been prosecuted by courts in Wyoming for off-season hunting, and hunting without a license. He was fined $8,000 (€7,100).

Prosecutors had argued that the rights of the Crow tribe to hunt in Wyoming expired when the area became a state in 1890.

But Herrera's lawyers said that the 1868 Treaty of Fort Laramie gave members of the tribe the right to hunt in both Montana and Wyoming, including on the land which became Wyoming's Bighorn National Forest.

The four liberal members of the Supreme Court were joined by conservative Justice Neil Gorsuch on Monday as they ruled in Herrera's favor.

The American Civil Liberties Union of Montana (ACLU) said the decision was important not just for tribes in Wyoming and Montana:  "This ruling is a huge win for Clayvin Herrera, the Crow Tribe, and tribes across the country that entered into treaties with the federal government," the ACLU's Lillian Alvernaz said in a statement.

"On a practical level, this means that members of the Crow Tribe can continue to hunt on unoccupied lands like the Bighorn National Forest to provide sustenance for their families and children," Alvernaz said.  "More broadly, through this decision, the Supreme Court held the federal government accountable to its treaty obligations and affirmed tribal sovereignty."

The question of the fine imposed remains moot. The court sent that case back to the lower courts allowing the court to argue it could regulate hunting by Crow tribe members, if it was necessary for wildlife conservation.

It was not immediately clear if Wyoming would pursue the case.

A Catholic school has apologized after a group of its students harassed an elderly Native American while he was singing. Videos of the widely condemned incident have gone viral on social media. (20.01.2019)