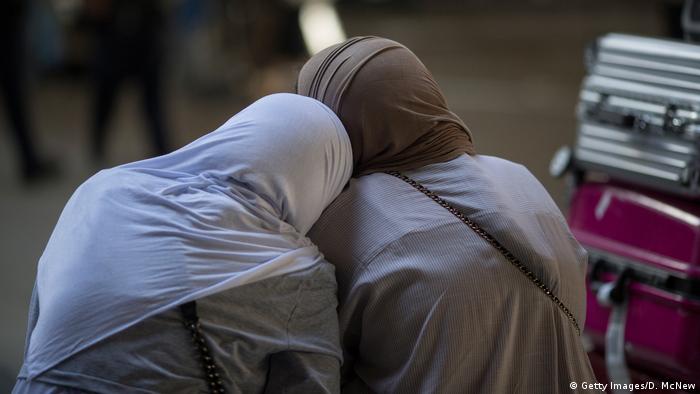 The US Department of Justice on Monday submitted an application to the Supreme Court to allow for the latest version of President Donald Trump's travel ban to take full effect.

In October, US District JudgeDerrick Watson of Honolulu blocked Trump's latest attempt to institute a travel ban just as it was about to enter into force. However, last week, the 9th US Circuit Court of Appeals allowed the ban to partially take affect.

That decision gave the administration the power to ban people from six mostly Muslim countries including Chad, Iran, Libya, Somalia, Syria and Yemen, as long as they did not have "bona fide" relationships with people or organizations already in the US.

Based on security, not religion: Trump

In its appeal to the Supreme Court, the Trump administration argued that the latest travel ban differed from the previous executive orders "both in process and in substance." Those differences showed "it is based on national-security and foreign-affairs objectives, not on religious animus."

If granted, the ban would take full effect as it makes its way through the courts.

Trump's first version of the executive order, signed in January, set off protests and chaos at airports around the US and the world before it was blocked by courts.

While Trump's travel ban may come into effect, his executive order targeting so-called "sanctuary cities" — ones that limit cooperation with US immigration authorities — will not.

A lawyer for the Justice Department argued that Trump's executive order only applied to a few grants that would affect less than $1 million (€851,000 ) for Santa Clara County and virtually no money for San Francisco. But Orrick disagreed, saying in his decision that the order was written broadly enough to "reach all federal grants" and possibly jeopardize hundreds of millions of dollars in funding for the two counties.

"President Trump might be able to tweet whatever comes to mind, but he can't grant himself new authority because he feels like it," said San Francisco City Attorney Dennis Herrera, adding that the decision was "a victory for the American people and the rule of law."

US ending temporary permits for Haitians

Earlier Monday, the US Department of Homeland Security said it was ending a temporary residency permit program that has allowed almost 60,000 Haitians to live and work in the United States after an earthquake devastated the country in 2010.

The decision by Acting Homeland Security Secretary Elaine Duke gives Haitians 18 months to either return to the Caribbean country or legalize their status in the United States. The department said the conditions in the Caribbean nation have improved greatly and the program will be extended one more time.

-Haiti, the UN and the unintended effects of a peace mission

"Since the 2010 earthquake, the number of displaced people in Haiti has decreased by 97 percent," the department said in a press release. "Haiti is able to safely receive traditional levels of returned citizens."

Haitian immigrants received temporary protective status after a 7.0 magnitude earthquake hit the country, destroying most of its capital Port-au-Prince and killing more than 300,000 people.

Advocates for the Haitians quickly criticized the decision, insisting the country has not recovered enough for them to return to their homeland.

The Trump administration has allowed the resumption of refugee admissions into the US under new stricter screening rules. Arrivals from 11 nations will remain blocked from entry, pending a 90-day review. (25.10.2017)

'If he fails they will get him out of there'