Senators briefed by CIA Director Gina Haspel have said their suspicions of Saudi Crown Prince MbS have been confirmed beyond a doubt. Lack of a strong rebuke, they said, would 'make the world a more dangerous place.' 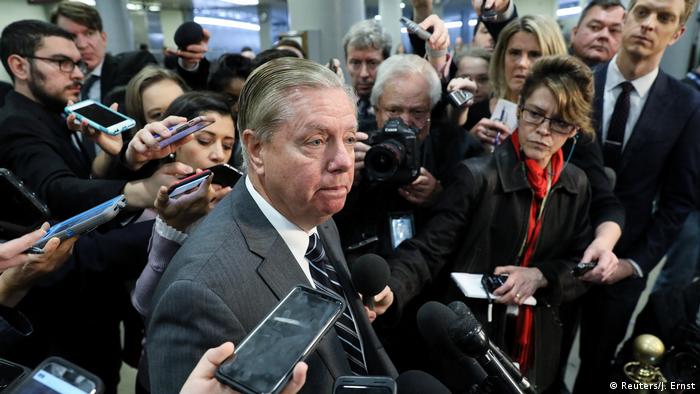 Though many US politicians have long believed that Saudi Arabian Crown Prince Mohammed bin Salman (MbS) was involved in the October killing of Saudi journalist and US resident Jamal Khashoggi at his country's Istanbul consulate, President Donald Trump and his administration have yet to say as much.

On Tuesday, CIA Director Gina Haspel briefed top senators in a closed-door meeting and those suspicions were confirmed, according to senators who spoke with reporters after it adjourned.

Those same senators were angered last week when the administration is reported to have kept Haspel from briefing them on the issue, preferring to send Secretary of State Mike Pompeo and Secretary of Defense James Mattis instead. After hearing Haspel's assessment, they said evidence of the crown prince's involvement was clear.

Republican Senator Bob Corker, who heads the Senate Foreign Relations Committee, told reporters: "I have zero question in my mind that the crown prince directed the murder and was kept appraised of the situation all the way through."

Senator Bob Menendez, who is the top Democrat on the Foreign Relations Committee, said: "I am now more convinced than I was before and I was pretty convinced." Menendez has been pushing for a strong response to the war in Yemen and the Khashoggi killing and has introduced legislation to deliver that response.

Senator Lindsey Graham, who has been seen as a supporter of Trump, has shown defiance to the president's stance on the issue of late and painted a dark picture of Mohammed bin Salman.

Although Graham emphasized the importance of America's relationship with Saudi Arabia, he said it was "worth saving, but not at all costs."

'Not a reliable partner'

Graham also said the US would do great damage to its reputation and national security if it failed "to deal with MbS," referring to the crown prince by his initials. He went on to call the young leader "a wrecking ball" and stressed his belief that the prince could not be "a reliable partner to the United States."

After describing MbS as "crazy" and "dangerous," Graham said he would work to gain bipartisan support for a Senate resolution declaring the crown prince complicit in the Khashoggi murder, which Graham called "brutal," adding that it "says a lot about him as a person."

Graham further emphasized the fact that the world was watching to see whether America's relationships were "more important than its values" and that by looking the other way the US would be "making the world a more dangerous place."

'You have to be willfully blind'

Asked about the fact that Secretaries Pompeo and Mattis declined to condemn the crown prince, Graham said that they were simply following the lead of the president. He added: "You have to be willfully blind not to come to the conclusion that this was orchestrated and organized by people under the command of MbS." Graham said. He felt the two men were not accusing MbS of complicity for lack of evidence but rather because "the administration doesn't want to go down that road."

Trump has repeatedly claimed that Saudi Arabia has promised to buy massive amounts of US arms as justification for his unwillingness to condemn the crown prince.

Leading senators have now voiced their strong desire to end arms sales to Saudi Arabia, stop US support for the kingdom's ongoing war in Yemen and to also issue new sanctions against Saudi Arabia over MbS' supposed role in the Khashoggi killing.