US Senate votes to end involvement in Yemen war

The bipartisan bill to end US support for the Saudi-led coalition's war in Yemen will now move to the House of Representatives, where it's likely to pass. However, President Trump has vowed to veto the resolution. 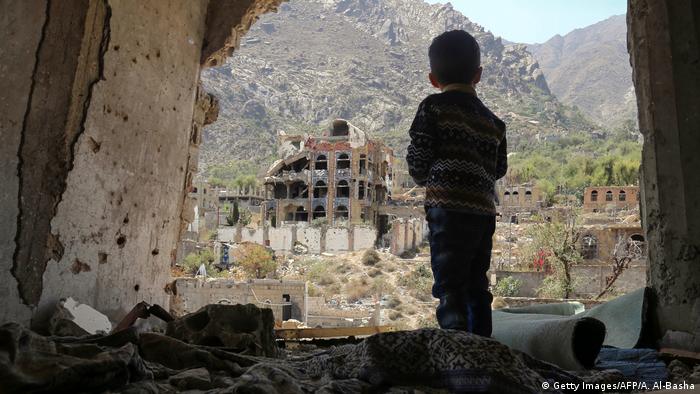 The US Senate has offered a strong bipartisan rebuke to President Donald Trump by voting to end the country's involvement in the Saudi Arabia-led proxy war in Yemen.

The measure passed by a margin of 54 to 46 on Wednesday, with seven Republicans breaking from their party rank and file, including Mike Lee of Utah, who co-sponsored the bill with Democrat Senator Bernie Sanders of Vermont.

"The bottom line is that the United States should not be supporting a catastrophic war led by a despotic regime with an irresponsible foreign policy," said Sanders, speaking ahead of the vote.

He added that a vote in favor would "begin the process of reclaiming our constitutional authority by ending United States involvement in a war that has not been authorized by Congress and is unconstitutional."

The bill now moves to the Democratic-controlled House of Representatives, where it is likely to pass.

However, the White House has signaled the president's intention to veto the resolution.

A statement from the administration said the bill "seeks to override the president's determination as commander in chief" and will "establish bad precedent."

Trump has faced backlash in Congress, even from within his own party, over his support of the Saudi regime. The situation became increasingly tense after the murder of Washington Post reporter Jamal Khashoggi last year. Lawmakers from both parties have criticized Trump for not condemning Saudi Arabia strongly enough for the killing.

Now in its fifth year, the proxy war in Yemen — with one side backed by Saudi Arabia and the other by its rival, Iran — has killed thousands and caused a staggering humanitarian crisis, leaving millions without food and medicine.

The United Nations is calling for more donations to help the desperate population of Yemen at a special conference in Geneva. However, lack of funds isn't the only difficulty faced by aid workers in the country. (26.02.2019)

Berlin will stick to a controversial ban on selling weapons to Saudi Arabia — at least a few more weeks. The order to keep German-made guns and tanks out of the kingdom has angered some of Germany's closest allies. (06.03.2019)