With more money pledged than last year, the UN hailed the aid drive as a "success." The top donations came from Saudi Arabia and the United Arab Emirates — countries directly involved in Yemen's devastating conflict. 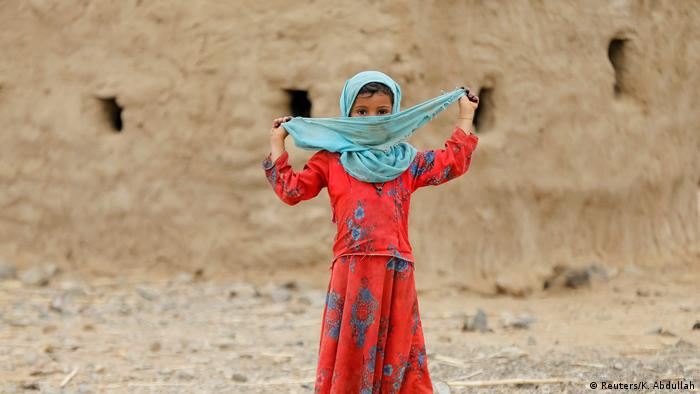 A United Nations conference secured $2.6 billion (€2.3 billion) in pledges on Tuesday to aid the millions of people facing starvation in war-torn Yemen.

The pledges were up by 30 percent from the amount secured during last year's aid drive.

"Today's pledging conference can be considered a success," UN Secretary-General Antonio Guterres said in Geneva at the end of the day-long conference.

An estimated 24 million people, or 80 percent of Yemen's population, is in need of humanitarian aid, with 10 million people "just one step away from famine," he added.

The UN is seeking a total of $4.2 billion for the entire year and expects more donations in the next several months. 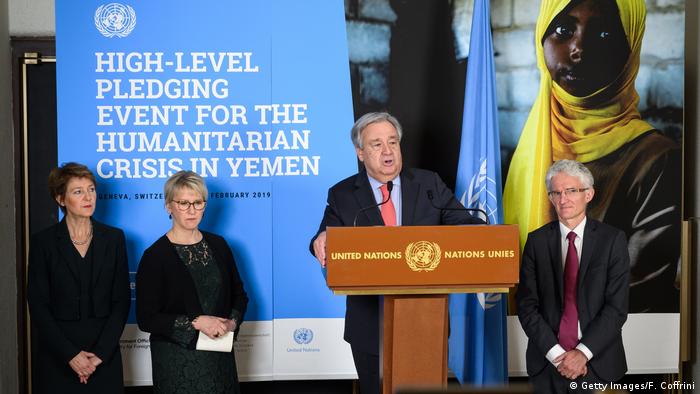 Responding to criticism about Saudi donations, Guterres said: "We are not disregarding the war that exists"

Some of the top donations at the conference came from Saudi Arabia and the United Arab Emirates, which said they would contribute $500 million each while Kuwait said it would give $150 million.

Although the three countries pledged millions in aid, their Western-backed militaries are deeply involved in Yemen's conflict — a fact criticized by aid organizations outside the UN.

"Ironically, many of these donor governments are also involved in the war, which is both driving massive humanitarian needs and obstructing the delivery of humanitarian assistance," Doctors Without Borders said in a statement.

According to the latest figures from the UN Human Rights Office, attacks by the Saudi-led coalition have killed nearly 4,600 out of the 7,000 civilians who are confirmed to have died in the war.

"While billions are spent on bombs and weapons bringing death and destruction, much less is made available to save lives of Yemeni civilians," Mohamed Abdi, who manages the Yemen operations of the Norwegian Refugee Council said.

Guterres: 'What we want is to end the war'

When asked how he reconciles donations from members in the Saudi-led coalition with their involvement in the war, Guterres refrained from criticism.

"We are not disregarding the war that exists, and the fact that a number of countries ... have had a direct impact on that war," Guterres told a news conference. "And obviously what we want is to end the war, and to end all the consequences of the war."

"Independently of that, today we are at a pledging conference to address humanitarian needs," he added.

Saudi Arabia and the UAE entered the conflict in 2015 to back the Yemeni government against Iran-aligned Houthi rebels.

Yemen is 'the biggest humanitarian disaster in the world'

Peace talks underway in Sweden are the latest attempt to put an end to the war in Yemen through negotiations. That in itself shows how hardened the sides have become — at the expense of all of the people in the middle. (06.12.2018)