US Senate readies its second shot at sanctions on Turkey 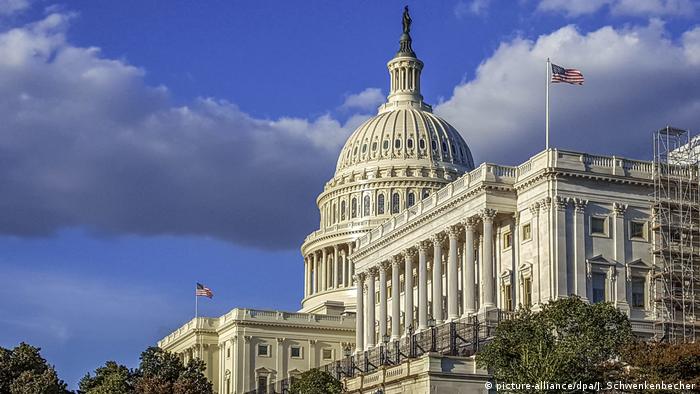 In recent months, US officials have been appalled by Turkey's purchase of Russia's S-400 missile defense system and military assault on Kurdish regions in northern Syria. The US Congress has threatened to impose sanctions on Turkey, a NATO ally, in order to punish the government. And, at the end of October, the US House of Representatives passed — with an overwhelming majority — a resolution to recognize the  mass murder and displacement of Armenians at the end of the Ottoman Empire as genocide.

On Monday, Turkish President  Recep Tayyip Erdogan threatened to close down the Incirlik Air Base, where US troops are deployed, and the Kurecik Radar Station, which is used by NATO, should the United States impose sanctions.

Punitive measures have long been a topic of debate in the US Senate. Delivery of the state-of-the art F-35 stealth fighter jet have already been stopped because Turkey acquired the S-400 missile defense system from NATO adversary Russia. And on Tuesday, the upper house of the US's bicameral legislature passed the National Defense Authorization Act for Fiscal Year 2020 with one adjustment:  In addition, companies involved in the Turkish Stream pipeline project are to be sanctioned, and the US arms embargo on the Republic of Cyprus, which has been in conflict with Turkey since 1974, would be lifted. 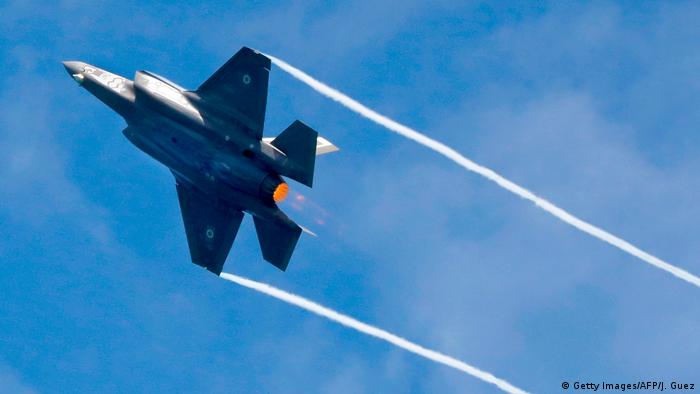 But more serious sanctions are currently in the pipeline in the US Congress, with a decision expected next month. However, Max Hoffman, associate director of national security and international policy at the Center for American Progress, says the White House is trying to limit the scope of Washington's response.

"Overall, I think US-Turkey relations are mostly unchanged by the budget's passage and other events this week — in other words, they are still in crisis over many long-standing issues: around Syria, Erdogan's authoritarian drift, and Turkey's efforts to chart a more independent foreign policy line, particularly its relations with Russia," Hoffman says. "Congress is still hostile towards Turkey, and Trump is still protecting Erdogan and continuing a more accommodating approach in the hope that it will improve relations and keep Turkey onside."

US President Donald Trump — who has a good relationship with his Turkish counterpart, Recep Tayyip Erdogan — may not be able to block these sanctions. Ozgur Unluhisarcikli, the director of the German Marshall Fund's office in Turkey's capital, Ankara, does not believe that the friendship will be enough to prevent sanctions — outside of the White House, Turkey has few friends in Washington.

The sanctions would be implemented largely within the framework of the Countering America's Adversaries Through Sanctions Act (CAATSA), but the latest package put forward by Congress goes further, also targeting Erdogan's financial network.

CAATSA is a law which, thus far, has imposed sanctions on Iran, North Korea and Russia. Turkey would become just the fourth country to be sanctioned under CAATSA.

This would entail a number of punitive tariffs. Turkey would be barred from accessing funds from international financial institutions. Armaments, such as arms and ammunition used during the Turkish military operation in northern Syria, are to be banned. Third countries selling arms to Turkey would be affected by sanctions as well. Financial institutions like the state-owned Halk Bank, which supported the military offensive, could be subject to sanctions, too.

Turkey's government will pay a high price for its decision to buy the S-400 defense system. "For a long time, Turkey tried to acquire the US missile defense system Patriot," Unluhisarcikli said. "An offer, however, just didn't materialize. Another reason is Erdogan's fear that the Americans want to curtail his power. After July 15, 2016 [the failed coup], his perception that the Americans pose a concrete threat became unshakable. For this reason, he turned to the Russians and forged an alliance with them."

If Turkey had buckled to avoid the US's punitive measures, the government might have drawn the ire of the Kremlin, which might have imposed its own economic sanctions — as it did in 2015, after a Russian fighter jet was shot down in Turkish airspace.