The US has blacklisted five Russian officials, including Moscow's reputed top enforcer and two suspects in the murder of former Russian spy Alexander Litvinenko. Republicans may also push for stronger sanction reprisals. 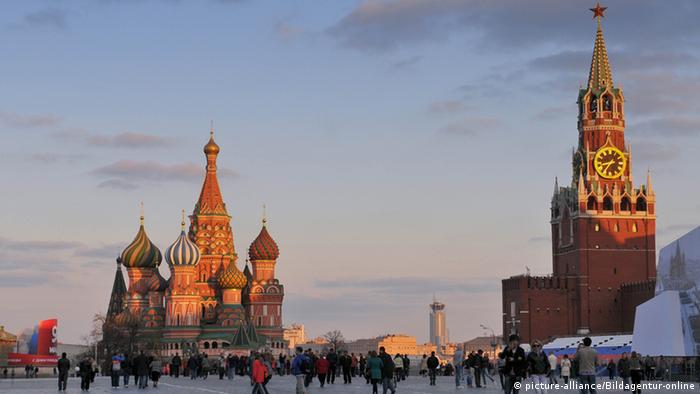 The US Treasury on Monday added five Russian officials to the Magnitsky Act sanctions list. Among the names are Alexander Bastrykin, the head of the federal Investigative Committee, Russia's equivalent to the FBI, and alleged assassins Andrei Lugovoi and Dmitry Kovtun.

Rex Tillerson, head of ExxonMobil, looks set to be the USA's next secretary of state. The decision by President-elect, Donald Trump, has had a positive reception in Moscow. (14.12.2016)

Russia's decision to label the country's only major independent pollster has restricted independent civil society in Russia, said the EU's top diplomat. More than 140 NGOs have been listed as "foreign agents." (06.09.2016)

Has 2016 given us a demonstration of Russia's strength? It may look that way on the surface, but the facts tell a different story, says DW's Ingo Mannteufel. (26.12.2016)

The US has now listed 44 Russians under the act, which calls for sanctions on Russian human rights offenders. Those listed see their assets under US jurisdiction frozen, and are barred from doing business with Americans or from receiving US visas.

While the US State Department did not detail what the five new targets are accused of, the latest round of sanctions are not related to US intelligence findings last week that Moscow and Russian President Vladimir Putin were directly involved in cyber espionage and sought to influence November's US presidential election in favor of eventual victor, Republican Donald Trump.

However, the symbolic effect and timing are clear amid increasing diplomatic tensions between Washington and Moscow.

White House spokesman John Kirby said each of the names added to the Magnitsky Act had "roles in the repressive machinery of Russia's law enforcement systems, as well as individuals involved in notorious human rights violations."

However, Republican Senator Lindsey Graham said Monday that he and fellow Republican John McCain sought to introduce new legislation for stronger sanctions on the back of the CIA's report implicating Russia of hacking the election.

"We're going to introduce sanctions that ... will hit them in the financial sector and the energy sector, where they're the weakest," Graham told US television network NBC.

Russia has denied the hacking charges, calling them "amateurish and hardly worthy of the high professional standards of top intelligence agencies."

Bastrykin is reportedly one of Putin's most powerful allies whose investigation agency has led crackdowns targeting domestic dissidents. He famously apologized to one journalist for allegedly threatening to have him killed, while he has also targeted foreign NGOs operating in Russia on suspicion of meddling in Russian politics.

Last year, British investigators identified Lugovoi and Kovtun as the main suspects in the death of former Russian spy-turned-British informant Alexander Litvinenko, who succumbed to radiation poisoning in London in 2006. Following an inquiry last year, British Judge Robert Owen said he was convinced the two Russian officials laced Litvinenko's tea with polonium-210 during a hotel meeting and that Putin had personally greenlighted the hit. Litvinenko had become an outspoken critic of the Russian president.

Lugovoi is currently serving as a member of Russia's lower house of Parliament. Also added to the list are two lesser known officials, Stanislav Gordievsky and Gennady Plaksin.

Asked why Putin had not been included on the list, an anonymous Obama administration official told news agency AFP that Washington does not want a complete breakdown in ties with Moscow.

"We need to preserve the possibility of working with Russia in areas in which it is in the US national interest," the official said. "This includes pressing for diplomatic solutions to the crises in Syria and eastern Ukraine."

The Magnitsky Act, established in 2012, is named after Russian tax fraud whistleblower Sergei Magnitsky, who died in a Russian prison in 2009.

US President-elect Donald Trump has advocated a softer line in relations with Russia, and could repeal the sanctions upon taking office next week. Trump has also expressed doubt over the CIA's conclusions on Russia's election meddling, alleging the agency was behind a "witch hunt" to tarnish his win.

Trump has nominated retired Army Lieutenant General Michael Flynn as his national security adviser and ExxonMobil CEO Rex Tillerson as his secretary of state. Both have enjoyed warmer relations with Russia and Putin's government.

By contrast, retired Marine Corps General James Mattis, Trump's nominee for secretary of defense, is expected to advocate a harder line against Moscow than the one Trump has so far outlined. Mattis will face a senate confirmation hearing on Thursday.