The US and Russia have announced a comprehensive ceasefire deal aimed at ending the five-year war in Syria. The deal paves the way for a political solution to the conflict, which has killed more than 200,000 people. 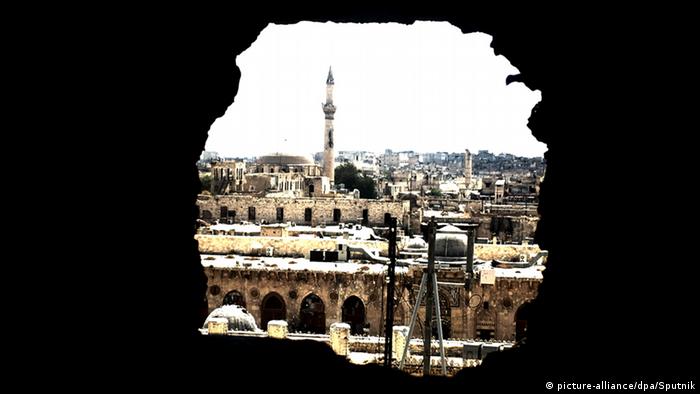 Announcing the breakthrough deal early Saturday in Geneva, US Secretary of State John Kerry and Russian Foreign Minister Sergey Lavrov said the nationwide "cessation of hostilities" will begin at sundown on September 12, when Muslims observe the religious holiday Eid al-Adha.

The Turkish president has urged his American and Russian counterparts to establish a no-fly zone in Syria. But Turkey's Western allies are wary of deepening their involvement.

"If the plan is implemented in good faith … this can be a moment where the multilateral efforts at the diplomatic table, negotiations could take hold, and it could really provide the Syrian people with a political transition," said Kerry.

However, Washington's top diplomat warned the deal is an "opportunity" for conflicting parties, adding that the agreement will only hold if there are concrete steps on the ground.

While Kerry said all opposition groups needed to adhere to the ceasefire, he added that the agreement also stipulates how the regime "will not fly combat missions where the opposition is located," calling it the bedrock of the cessation of hostilities.

In besieged Aleppo, where fighting has raged for months, a "demilitarized zone" will be created around the Castello road, a key route contested by government forces and rebels, according to the diplomats.

Other details began to emerge on early Saturday, such as the promise of a pull-back by President Bashar al-Assad, who will also allow the easier flow of badly needed humanitarian aid.

Germany's Foreign Minister Frank-Walter Steinmeier praised the deal as "a real chance" to bring aid to besieged people in Syria, but warned that without "rapid implementation," the agreement could fall apart.

If the ceasefire is observed for the first seven days, Washington and Moscow will embark on joint military operations targeting the rebranded al-Qaeda affiliate Nusra Front and the so-called "Islamic State."

Lavrov told reporters that Washington and Moscow had tentatively delineated the areas in which the militant groups they will be targeting are based.

"We will jointly agree on strikes against terrorists to be carried out by the Russian and American air forces. We have agreed on the zones in which these strikes will be carried out," Lavrov said.

However, US officials, including Defense Secretary Ash Carter and National Intelligence Director James Clapper, have criticized the intelligence-sharing deal, suggesting it could undermine American interests.

There was also the matter of getting all sides to cooperate. Later on Saturday, an umbrella group for moderate opposition forces said it had not received any details of the deal, and voiced skepticism as to whether it would actually work.

The Syrian conflict erupted in 2011, when government forces launched a violent crackdown against pro-democracy protesters calling for President Bashar al-Assad to step down.

More than 200,000 people have been killed and half the population displaced since the conflict erupted five years ago.