The Turkish president has urged his American and Russian counterparts to establish a no-fly zone in Syria. But Turkey's Western allies are wary of deepening their involvement in the five-year conflict. 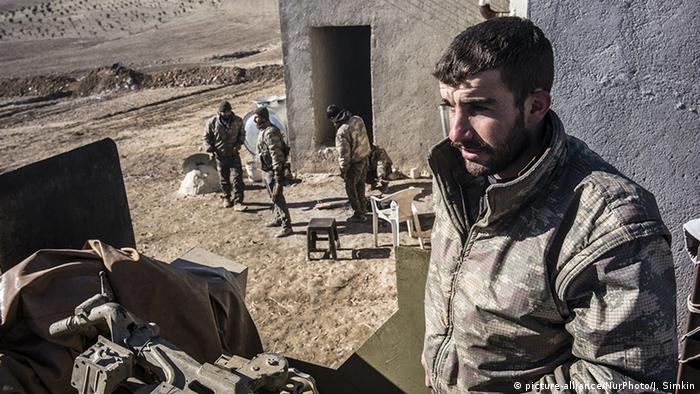 Germany's foreign minister has urged Russia to finalize a ceasefire in Syria with the US. Chancellor Angela Merkel also addressed the situation in Syria with President Vladimir Putin at the sidelines of the G-20 meeting.

Erdogan said he reiterated his plan for a "safe zone" in the 90-kilometer (56-mile) area during talks with US President Barack Obama and Russian President Vladimir Putin during the G20 summit in China.

"The Syrian citizens in our country and those [who] would want to migrate from Syria can now find the opportunity to live more peacefully in their own land and their own houses," Erdogan said, referring to the cleared area.

"A no-fly zone could be set up there, and that was my suggestion to both Obama and Putin. This could be achieved with the coalition forces. We are in an effort to take this step," he added.

Western allies have resisted a no-fly zone in Syria out of fear that such a measure would draw them deeper into the five-year conflict.

Turkey, which hosts nearly 3 million Syrian refugees, has been instrumental in curbing a wave of migration to the European Union, which witnessed some 1 million people enter its borders.

Ceasefire in the making

Meanwhile, the Turkish president said Ankara was working with US-led coalition forces and Moscow to instate a ceasefire in Aleppo for the Muslim holiday Eid al-Adha, expected around September 11.

"We are currently cooperating with Russia in the region of Aleppo. We are working for a ceasefire to be declared in the region … and [have] the people of Aleppo saved from the bombs," Erdogan said.

More than 250,000 people have been killed since the conflict erupted in 2011, when government forces launched a violent crackdown against pro-democracy protesters calling for President Bashar al-Assad to step down.