The US has included Nigeria on a blacklist of nations where "systematic, ongoing, egregious religious freedom violations" are an issue of concern. The move could pave the way for potential sanctions in the future. 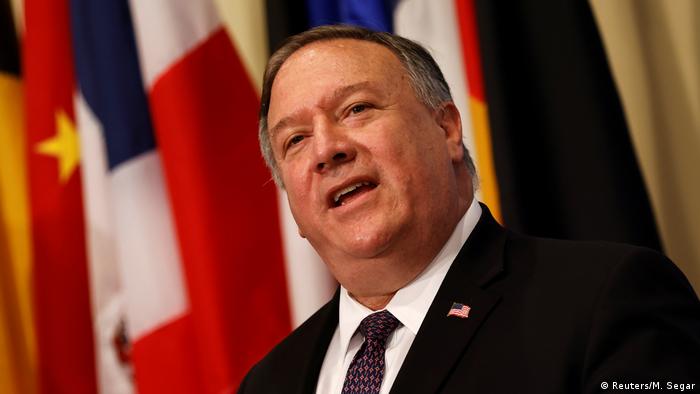 The United States on Monday added Nigeria to a blacklist on religious freedoms for the first time. The list also includes countries such as China, Saudi Arabia, and Pakistan.

Secretary of State Mike Pompeo said the West African nation, an ally of the US, was among "countries of concern under the International Religious Freedom Act of 1998."

"The US is unwavering in its commitment to religious freedom. No country or entity should be allowed to persecute people with impunity because of their beliefs," Pompeo said in a tweet. "These annual designations show that when religious freedom is attacked, we will act."

According to US law, nations on the blacklist must make improvements or face sanctions including losses of US government assistance. However, the administration can waive such actions.

"Religious freedom is our 'first freedom,'" Pompeo said on Monday at a dinner gala in Washington. "When we, each of us, can worship freely and openly discuss the eternal questions of the soul, we can understand how we ought to live our lives – both individually and as a society," he said.

Notably absent from the list was India, where critics of the Hindu nationalist BJP say the religious freedom has seen a sharp decline since Prime Minister Narendra Modi swept to power in 2014.

India has a growing relationship with Washington, and ties have improved under President Donald Trump, who has ignored the issue of declining religious freedom in the South Asian country during his tenure.

The Secretary of State also mentioned the Trump administration's efforts to block US government funding for organizations that perform or promote abortion for family planning.

The State Department "makes sure that none of your money, none of your taxpayer money will ever go to any foreign entity or a non-governmental organization that performs or actively promotes abortion for family planning," he said in a speech titled Respecting Life in America’s Foreign Policy.

"We are using every element of federal law to prohibit the use of the State Department funds to lobby on behalf of abortion, and it’s successful," he said.

Addressing an audience of the Florida Family Policy Council, a conservative group that refers to itself as "pro-family advocates," Pompeo urged its members to use their influence against pro-abortion organizations.

"We need every one of you who’s in attendance tonight – we need you to use your networks and platforms to fight back against these pressures," he said. "All in all, we need you to tell the world the truth:  Abortion is not a human right…it takes a human life."

The US government has allowed more employers to opt out of providing insurance to cover women's birth control. Some hail the measure as a "religious freedom" win, while others say it harms women's health care.

The State Department made the decision in December but has only just issued an official statement. The move comes as the Trump administration seeks to ban citizens from majority-Muslim nations from entering the US.