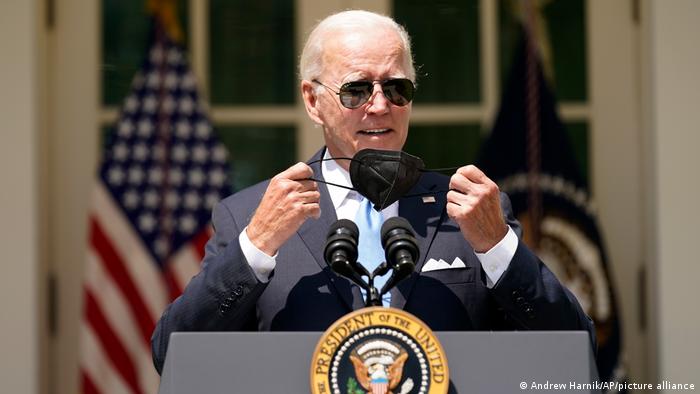 US President Joe Biden on Saturday was isolating once again after testing positive for COVID-19 on an antigen test, the White House said.

It comes just days after he had tested negative following a bout of coronavirus.

The White House physician Kevin O'Connor said in a letter published by the White House that Biden would "reinitiate strict isolation procedures."

O'Connor said there was no reason to have Biden undergo a course of treatment at present.

"I've got no symptoms but I am going to isolate for the safety of everyone around me. I’m still at work, and will be back on the road soon," Biden wrote on Twitter.

The US Centers for Disease Control and Prevention (CDC) recommends isolation for so-called rebound cases for at least five days. According to the agency, most rebound cases remain mild and that severe disease during that period has not been reported.

The 79-year-old leader first tested positive last week and was treated with the anti-viral drug Paxlovid. He tested negative on Tuesday and Wednesday and ended isolation.

In May, the CDC  warned doctors that rebound cases have been reported to occur within two days to eight days after initially testing negative for COVID.

"Limited information currently available from case reports suggests that persons treated with Paxlovid who experience COVID-19 rebound have had mild illness; there are no reports of severe disease,'' the CDC said at the time.

Drug maker Pfizer, which developed Paxlovid, had noted that 1% to 2% of people in its original study on the pill saw their virus levels rebound after 10 days.

However, the US Food and Drug Administration (FDA) said the rate is the same among people taking Paxlovid or the dummy pills in the study, "so it is unclear at this point that this is related to drug treatment."