In one of the strictest anti-abortion proposals in the United States, lawmakers in the state of Oklahoma have passed a bill that restricts abortion immediately after the baby is conceived. 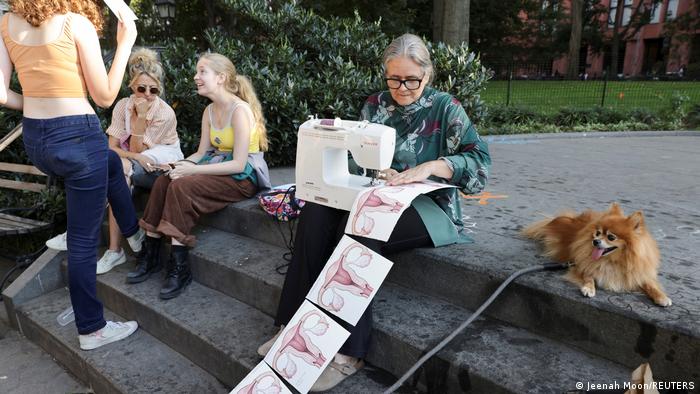 Protesters have staged demonstrations against restrictive abortion rights across the US

Lawmakers in the US state of Oklahoma on Thursday passed one of the strictest anti-abortion bills in the country.

The bill bans abortion from the moment of fertilization, with exceptions in certain cases like rape and incest. It goes into effect immediately, if signed by Governor Kevin Stitt.

Stitt, a Republican lawmaker, has previously indicated that he wants to outlaw abortion in the state.

Vice President Kamala Harris, a Democrat, condemned the bill in a tweet, saying it was the "latest in a series of blatant attacks on women by extremist legislators."

The US is currently in the throes of a heated debate over abortion rights, after a leaked opinion from one of the Supreme Court judges earlier this month revealed that the federal court is ready strike down Roe v. Wade, the landmark judgment that legalizes the right to abortion across the country.

The Oklahoma bill follows in the footsteps of restrictive abortion laws in other Republican states like Texas, Mississippi and Florida.

While those states each ban abortion a few weeks after pregnancy — with Texas banning abortion right after a heartbeat has been detected, some six weeks into pregnancy — the Oklahoma bill restricts access to abortion from the moment of conception.

The Oklahoma bill, like the Texas law, makes use of a provision that allows the public to sue anyone who "performs or induces an abortion" or "aids or abets" someone seeking an abortion.

It is difficult for a federal court to block statutes of this kind, because it cannot bar private citizens from taking civil action.

The bill makes exceptions for instances of rape or incest but requires people to first report to authorities. It also allows an exception if the pregnancy poses a risk to the life of the mother.