The US has made its clearest statement yet that it believes the Kremlin is providing the insurgents with weapons. Defense Secretary Mattis said this would constitute a "violation of international law." 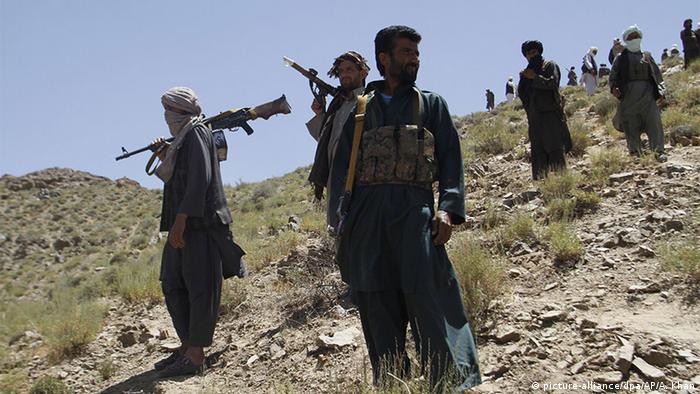 The head of US and NATO forces in Afghanistan, General John Nicholson, said on Monday that he was "not refuting," allegations that Moscow was aiding the Taliban. It was the strongest suggestion yet that Russia is indeed providing weapons to the militants, as reports have suggested.

Nicholson had previously called Russia a "malign influence," in Afghanistan, and was asked during a visit from Defense Secretary Jim Mattis if he believed that the Kremlin was indeed supplying either material or financial support to the Taliban.

"Oh no, I am not refuting that," said Nicholson. For his own part, Secretary Mattis said that "any weapons being funneled here from a foreign country would be a violation of international law."

A senior military official who spoke anonymously with reporters in Kabul said that although Russia has consistently denied helping the insurgency, there are strong ties with its leadership as part of a strategy for future peace negotiations.

The official added that deliveries of supplies - including weapons - have ramped up in the past year and a half.

Mattis: We will have to confront Russia

When asked about Washington's response to the claims, Mattis said: "We'll engage with Russia diplomatically. We'll do so where we can, but we're going to have to confront Russia where what they're doing is contrary to international law or denying the sovereignty of other countries."

Russia and the US have been at odds about Afghanistan for decades. Although there is no evidence to support claims that the CIA aided in the Taliban's rise to power, it did supply weapons to Afghans resisting the Soviet invasion of their country in the early 1980s. Some of these rebels turned into prominent members of the Taliban and terrorist groups.

Despite this, the United States has not placed the Afghan Taliban on its list of officially recognized terrorist groups, whereas Russia has.

The disturbing trend of Taliban justice in Afghanistan

A Taliban "court" recently ordered a young man accused of theft to have his hand and foot chopped off. The victim spoke with DW about his ordeal as an increasing number of Afghans turn to the Islamist group for justice. (15.03.2017)

The Afghan minister of defense and army chief of staff have resigned over a major Taliban assault on an army base, the president's office says. The news came as US Secretary of State Jim Mattis arrived in the country. (24.04.2017)