US Secretary of State Mike Pompeo met with Kim Jong Un's right-hand man over "steak, corn, and cheese" in New York. Washington is pushing for "irreversible" denuclearization, but Pyongyang has yet to commit. 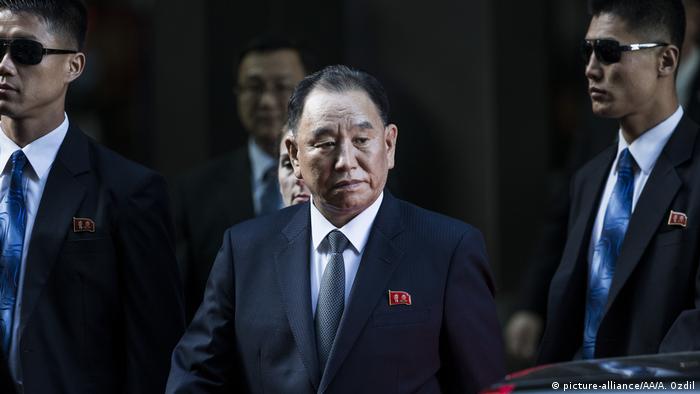 The most senior North Korean to visit the US in almost 20 years, Kim opened negotiations with Pompeo to try and salvage what could be a historic meeting between US President Donald Trump and North Korea's Kim Jong Un.

What we know about the meeting

Sticking point: The issue of denuclearization remains a major bone of contention between Pyongyang and Washington. The US has been demanding that North Korea dismantle its nuclear weapons program.

Pyongyang argues that it needed nuclear weapons for its security. North Korea remains under international sanction because of its nuclear program.

Hectic diplomacy: The meeting was part of a flurry of diplomatic efforts to restore the highly anticipated Trump-Kim summit in Singapore. As Pompeo and Kim Yong Chol were talking over dinner, teams of US officials were meeting their North Korean counterparts in Singapore and in the Korean Demilitarized Zone.

What next? Pompeo and Kim Yong Chol are expected to hold a series of meetings on Thursday to ascertain whether the meeting between Trump and Kim Jong Un, originally scheduled for June 12 but later canceled by Trump, can be restored. South Korean media speculated that Kim Yong Chol was carrying a personal letter from the North Korean leader and might travel to Washington to deliver it to Trump in person.

Both leaders say it is "imperative" to completely dismantle North Korea's nuclear weapons and missile programs. Meanwhile, Pyongyang's former spy chief was reported to be traveling to Washington for talks. (29.05.2018)