Despite backlash from some Democratic and Republican lawmakers at home, US Vice President Kamala Harris maintained that Washington needed to tackle the "root causes" of migration. 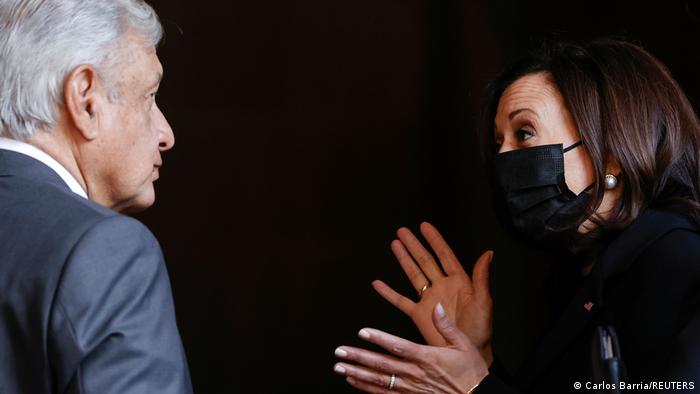 Harris' first trip abroad as VP was to a pair of Central American neighbors, but she took flak for not first visiting the US' southern border

US Vice President Kamala Harris on Tuesday defended not visiting the US-Mexico border during her trip to the Central American country following criticism for not prioritizing the shared frontier.

In an effort to stem the flow of migration from Central America to the US, Harris also visited Guatemala this week on her first trip abroad since taking office.

Some Republican lawmakers called on Harris to first look at the border, where migration has reached its highest levels in 20 years.

"You can't say you care about the border without caring about the root causes," Harris said.

The situation at the US southern border is a "legitimate, correct" concern, Harris said, but added that Washington needed to look into the core of the issue.

"We cannot have that question, and that conversation, without also giving equal weight and attention to what is causing that to occur," she said.

Harris has not made a trip to the border since becoming vice president.

Migrants stuck in limbo in Mexico on journey to US

Harris slammed over 'do not come' remarks

While Republicans argued she had neglected the border, some Democrats criticized Harris' message to those migrants considering the often dangerous trek to the US border.

"Do not come," Harris said on Monday in Guatemala.

Democratic Representative Alexandria Ocasio-Cortez called her comments "disappointing," noting that seeking asylum is legal in the US.

Harris declined to comment directly on the criticism when reporters asked, saying only: "I'm really clear: we have to deal with the root causes and that is my hope. Period."

Without being asked to judge the result, Harris told a press conference: "Do I declare this trip a success? Yes I do. It is a success in terms of the pathway that is about progress. We have been successful in making progress."

Following Harris' meeting with Mexican President Andres Manuel Lopez Obrador, the US announced a range of deals brokered between the two governments.

Washington pledged a $130 million (€107 million) commitment over the next three years from the US to support labor reforms in Mexico and loans to support southern Mexico's economy.

Harris also engaged in discussions with female entrepreneurs and labor leaders in Mexico. 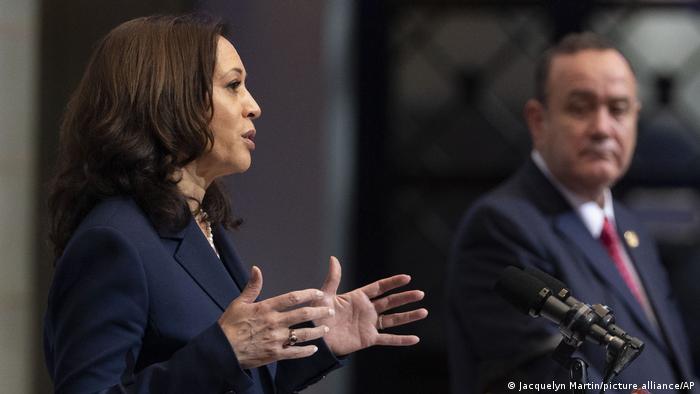 Since April 2020, after former US President Donald Trump introduced pandemic-related powers to deny migrants the opportunity to seek asylum, illegal border crossings have been on the rise.

Biden scrapped many of Trump's hardline border policies, including one that made asylum-seekers wait in Mexico, often in dangerous conditions, for court dates in US immigration court.

The numbers seeking to cross the US border are approaching the highest level in more than 20 years, with border agencies reporting 170,000 encounters in April.

US border authorities are also encountering high levels of unaccompanied children making the crossing — nearly 19,000 crossed in March, the highest number on record.