As Ukraine and separatist rebels prepare for new talks, the US has imposed more sanctions against Russian-controlled Crimea. President Obama has prohibited American exports of goods or services to the annexed area. 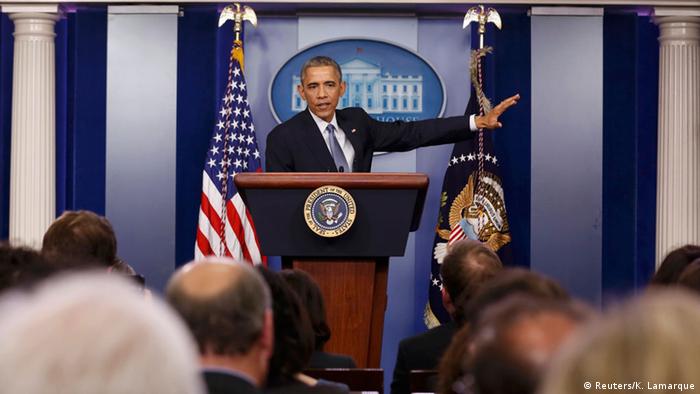 In a statement, President Obama said: "The United States will not accept Russia's occupation and attempted annexation of Crimea."

Obama also authorized the US Treasury Department to impose sanctions on individuals and companies operating in the region, which included 24 Ukrainians and Russians, as well as several companies thought to be contributing to destabilizing Ukraine.

Russian Foreign Minister Sergei Lavrov warned, however, that further US sanctions "could undermine the possibility of normal cooperation between our countries for a long time."

As a result of the sanctions and low oil prices, Russia is currently under growing financial pressure. Despite a massive interest rate hike by Russia's central bank, the ruble continued to plunge against the dollar and euro this week. On Tuesday the currency lost more than 20 per cent of its value in a single day.

Since the annexation of Crimea in March, the Kremlin has also come under fire for the alleged supply of weapons and manpower to separatist rebels in the eastern Ukrainian provinces of Donetsk and Luhansk - claims which Moscow has continually denied.

The United Nations (UN) believes the daily battles have killed more than 4,700 people and driven nearly a million people from their homes.

German Foreign Minister Frank-Walter Steinmeier has expressed concern that EU sanctions against Moscow over Ukraine could further destabilize Russia. The minister warned against "turning the screw" any further. (19.12.2014)