Pressure at summit grows to ease EU sanctions against Russia | Europe | News and current affairs from around the continent | DW | 18.12.2014

Pressure at summit grows to ease EU sanctions against Russia

EU leaders at their summit in Brussels are defending tough economic sanctions against Russia, but pressure to ease their stance is growing. Christoph Hasselbach reports from Brussels. It's the first time the new EU Council President Donald Tusk (pictured above) has hosted an EU summit. The former Polish prime minister has taken part in many of these meetings as leader of a member state, but in his new role he feels, as he frankly put it, "like a debutant with stage fright." His English is still a bit broken, but his expertise and resolve are generally acknowledged. He has needed both for the two most important items on the summit's agenda: how to deal with Russia in the Ukraine crisis and how to put together an investment package for Europe's still weak economy. 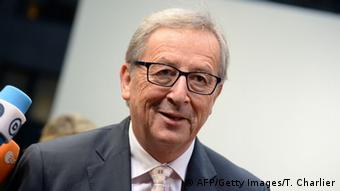 Many have expected Mr. Tusk, whose home country feels directly threatened by Russia, to take a particularly hard line on Moscow, but he was striking a rather balanced note when he told journalists in Brussels, "we will not find a long-term solution for Ukraine without a both tough and responsible strategy towards Russia."

As for the tough part, the EU has already imposed wide-ranging sanctions on Russia and has just added punitive measures specifically directed towards Crimea, which Russia annexed earlier this year. The EU must show, as Swedish Prime Minister Stefan Löfven said, "that we do not recognize the annexation of Crimea." 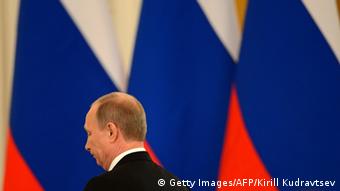 On the responsible side, the EU wants to keep incentives for Russia in place: If Moscow cooperates on Ukraine, as the French President Francois Hollande said, "then there is no need for new sanctions - on the contrary, in that case we should think about how we, too, could begin to de-escalate."

France is clearly interested in a de-escalation, not just for political, but also for trade reasons. Because of the stand-off with Russia over Ukraine, the French have had to suspend indefinitely the delivery of two war-ships to Russia, worth more than a billion euros.

Most EU countries are suffering losses in their trade with Moscow but they also feel they just have to pay the price to defend they values. The Russian economy is suffering more, though. Partly also by the low oil price, the ruble has plummeted, foreign investment in Russia has gone down, state revenues have dropped sharply.

Lithuanian President Dalia Grybauskaite sees this as ample proof that "our sanctions are starting to work." But the EU's foreign policy chief Federica Mogherini stressed sanctions were not an end in itself but had been imposed to change Russia's behaviour: "The fact that Russia is in a difficult situation from a financial point of view is not good news, not for the Russian citizens, not for Ukraine and not for Europe and the rest of the world."

Until now, European unity on the sanctions front has been upheld only with difficulty. There are those, particularly in the east of the EU, who once belonged to the Soviet Union, who want an even tougher stance towards Russia. Others would rather ease sanctions. They think Russia shouldn't be provoked too much and that sanctions are bad for everybody and will not change President Putin's course. This split is growing with every month that the confrontation continues.

But there is another rift, and that is about economic policy. Many EU countries are still suffering from high unemployment and low growth. In order to inject new stimulus into the European economy, Commission President Jean-Claude Juncker has put forward a huge 315 billion euro investment plan, which EU leaders have already backed. The question, though, is, where this money will come from. Most of it will be private money, as Mr. Juncker has explained to sceptical northern countries, like Germany, where many people fear new debts.

In hard-pressed southern economies, however, the plan has created new hopes for big public investment programs. So this plan has already rekindled the old ideological dispute that has raged in the EU right from the beginning of the economic crisis: state investment versus austerity and reform.

And this European family dispute is not going to go away any time soon, and certainly not for Christmas.

In his year-end presentation to journalists in Moscow, the Russian President did not identify concrete measures for an economic recovery. He described sanctions as illegitimate. (18.12.2014)

The Russian currency has plummeted dramatically in recent days. Now European carmakers have suspended deliveries to their showrooms in Russia while they consider price adjustments. (18.12.2014)

Russia sanctions to stay, Merkel says ahead of EU summit

EU leaders are due to meet later on Thursday for a two-day summit, with Russia's economic troubles high on the agenda. Angela Merkel says sanctions against Moscow need to stay. (18.12.2014)