US: FBI finds no motive in Las Vegas mass shooting

The shooter responsible for the 2017 Las Vegas massacre was no different from many other mass shooters, a year-long FBI investigation found. The agency believes the gunman may have been influenced by his father. 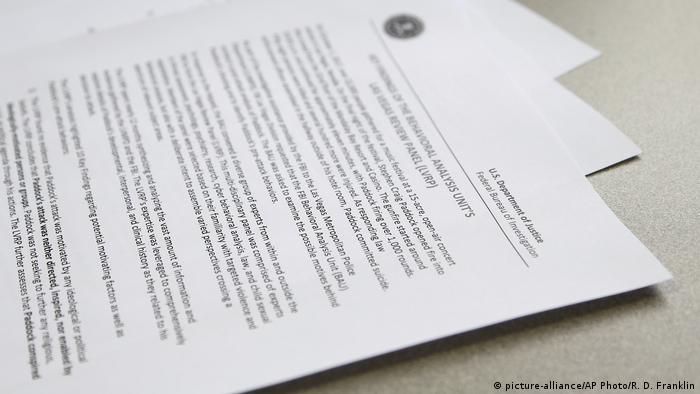 The United States Federal Bureau of Investigation (FBI) has found no clear motive for the murder of 58 people at an outdoor country music concert in Las Vegas in 2017, the agency said on Tuesday.

According to an FBI report, Stephen Paddock, the 64-year-old shooter in the Las Vegas massacre, was no different from many mass shooters who are driven by a complex merging of developmental issues, the American intelligence and security service said.

"There was no single or clear motivating factor behind Paddock's attack," the FBI's Behavioral Analysis Unit said.

Read more: Stephen Paddock: What we know about the Las Vegas shooter

Paddock acted alone in planning and carrying out the attack, firing more than 1,000 rounds in 11 minutes from the 32nd floor of the Mandalay Bay Resort and Casino. He fatally shot himself just as law enforcement officers assembled in the hallway outside his hotel room.

Almost 900 people were hurt during the October 1, 2017 attack on an outdoor concert. It was the deadliest mass shooting in modern US history.

The FBI published a report after a year-long investigation into his motives. Law enforcement officials had long been baffled by what drove the retiree to carry out the attack.

Influenced by his father

Paddock may have tried to follow in his father's criminal footsteps, the FBI said. His father was a bank robber who was once on the FBI's most wanted list.

The FBI said Paddock was not directed or inspired by any group and was not seeking to further any agenda. He did not leave a suicide note or a manifesto, something the agency believes he intended to do. He had no plan to escape the Mandalay Bay alive, which local law enforcement previously believed to be the case.

"Paddock took multiple, calculated steps to ensure that he could commit suicide at a time and in a manner of his choosing," the FBI report concluded.