As the US mourns victims of the Las Vegas shooting, police remain baffled over what drove a retiree to carry out the massacre. Authorities collected 47 firearms, some modified to fire faster, from three locations.

Law enforcement officials were trying to ascertain the motive behind Sunday's attack on an outdoor concert in Las Vegas that killed at least 59 people and injured more than 500 people.

On Tuesday, Investigators were analyzing the gunman's computer and cell phone, looking at casino surveillance and seeking to interview his longtime girlfriend for possible clues.

The 64-year-old gunman, identified as Stephen Paddock, had an arsenal of 23 guns at hand to mount an attack on a crowd of about 22,000 people attending a country music concert from the 32nd-floor of the Mandalay Bay hotel, before killing himself.

"The fact that he had the type of weaponry and amount of weaponry in that room, it was preplanned extensively," Clark County Sheriff Joseph Lombardo told reporters on Tuesday. "I'm pretty sure he evaluated everything that he did and his actions, which is troublesome."

Read more: Stephen Paddock: What we know about the Las Vegas shooter

Girlfriend, a person of interest

Paddock had set up multiple cameras around the hotel room from which he carried out the shooting spree that lasted nine minutes, Lombardo said.

Police recovered another 19 firearms along with explosives and several thousand rounds of ammunition from his home in Mesquite, Nevada, about 90 miles (145 kilometers) away. Additional weapons were also found at another location connected to Paddock, authorities said.

Lombardo said investigators have been speaking with Paddock's girlfriend, Marilou Danley, who is returning to the US from the Philippines.

"We anticipate some information from her shortly," Lombardo said.

Officials are trying to trace $100,000 (€85,000) that Paddock transferred to the Philippines in the days before the shooting, AP news agency reported, citing an anonymous US official briefed by law enforcement. 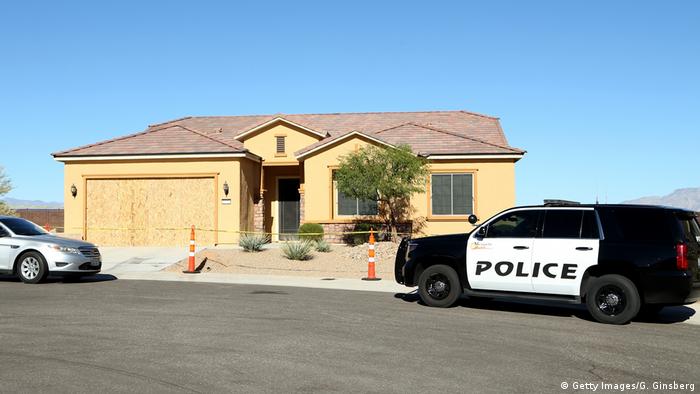 No link with extremist groups

Investigators have found no evidence that Paddock, a gambler and retired accountant, had any links with international or domestic extremist groups.

They are reacting cautiously to a claim by the "Islamic State" (IS) militant group that Paddock was one of its "soldiers." The Federal Bureau of Investigation (FBI) said it had found no connection so far between Paddock and IS. Experts say the embattled jihadi group may be trying to rally support with a false claim.

An anonymous senior Department of Homeland Security official told Reuters news agency that Paddock's history did not show any underlying pattern of lawbreaking or hate speech.

"We cannot even rule out mental illness or some form of brain damage, although there's no evidence of that, either," the official said.

The attack has left even Paddock's brother puzzled.

"It just makes less sense the more we use any kind of reason to figure it out," Eric Paddock said. "I will bet any amount of money that they will not find any link to anything ... he did this completely by himself."

President Donald Trump told reporters on Tuesday that Paddock had been "a sick man, a demented man." 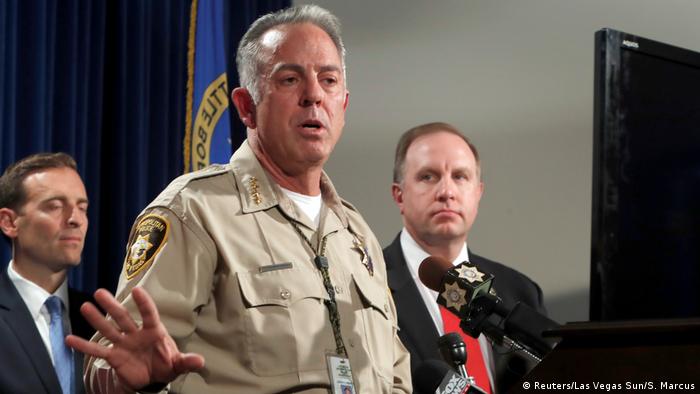 Clark County Sheriff Joe Lombardo said investigators were speaking with Paddock's girlfriend, who is in the Philippines

The deadly incident has reignited the debate about gun ownership in the United States, which is protected by the Second Amendment to the Constitution.

Senate Democratic leader Chuck Schumer urged Trump to bring together both major parties to come up with a solution to deter mass shootings.

"I am requesting the president to call us together, Democrats and Republicans, to come up with a reasonable solution," Schumer told journalists.

Trump responded by saying it was not the time for a political debate on gun control.

Police are searching for clues to what led a 64-year-old man to kill 59 people and injure 530 more in Las Vegas. The FBI has said there is no indication that the gunman had ties to international terror groups. (02.10.2017)