US experts warn of Israeli attack on Iran | World | Breaking news and perspectives from around the globe | DW | 08.02.2012

US experts warn of Israeli attack on Iran

While America says it wants a peaceful resolution to tensions between Israel and Iran, some US experts say an Israeli military attack is possible - this year, in fact. And they are warning of devastating results. 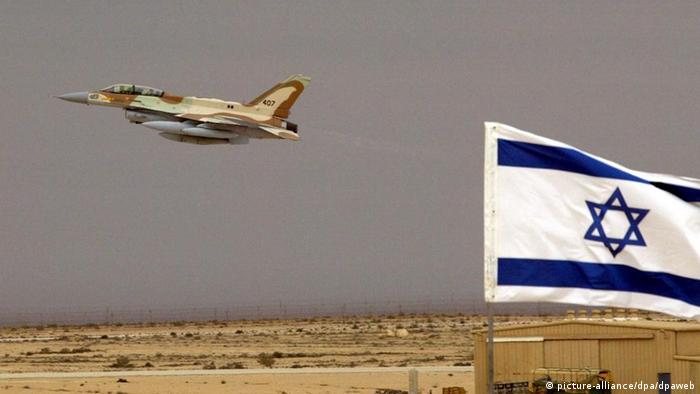 US President Barack Obama had tried to calm tensions between Israel and Iran last Sunday with the words that Tel Aviv, as far as he could see, had yet "to make a decision" as to whether it would strike Tehran militarily. But it failed to stop Iran flexing muscles in a military exercise on its border with Afghanistan over the weekend.

Tehran threatened retribution if Israel were to strike. Many think it will - especially against Iranian nuclear installations. 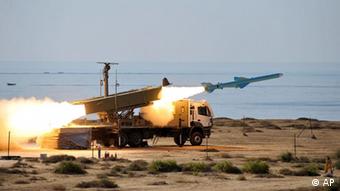 As so often, it was a newspaper article - this time in the American daily The New York Times - that started the current speculation.

It was an article by Ronan Bergman, a journalist who is considered to be highly connected in Israel.

"After speaking with many senior Israeli leaders and chiefs of the military and the intelligence," wrote Bergam, "I have come to believe that Israel will indeed strike Iran in 2012."

Then another American publication, The Washington Post, followed Bergman's assessment with its own unchallenged report that the US Defense Secretary Leon Panetta expected an attack between April and June.

"Clearly, the secretary of defense has better sources than me," said Bergman in response.

Bergman believes that Iran's nuclear program will reach a point at which it is "immune" from attacks in the next nine months. As a result, pressure is growing for a decision to come quick.

A nuclear armed Iran would be the Israeli government's worst security nightmare.

The Iranian leadership has often called for the "destruction of the Zionist state" and each time it raises fears in Israel of a new Holocaust.

Added to this is the fact that Tehran is an open supporter of radical Islamic groups like Hezbollah. Bergman cites the Israeli Defense Minister Ehud Barak, who says a nuclear armed Iran would “definitely restrict our range of operations” in fighting such groups. 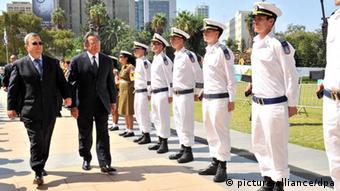 But Iran is no less decisive.

Bruce Riedel, a former Mideast expert with the CIA and a leading advisor to all four US presidents since George Bush Senior, says "almost any conceivable government in Iran would seek nuclear weapons."

Riedel suggests Iran's hand is being forced because it's surrounded by nuclear powers itself - Russia, Israel, Pakistan and India, and there is the Fifth Fleet of the US Navy in the Persian Gulf. But it's also because the wars in Afghanistan and Iraq have shown how defenseless a state can be in the face of a western attack.

"The Libyan case is quite an interesting parallel," says Riedel. "Moammar Gadhafi gave up his nuclear weapons and when NATO chose to impose no-fly zones he was powerless to do anything about it."

As for sanctions - no matter how harsh - Riedel says they are unlikely to sway Iran from its nuclear program.

For want of an alternative option, all hope of a diplomatic resolution to the standoff is meanwhile disappearing in Israel, where the pros and cons of a military strike have been debated for months.

"The elite is split right down the middle," says Gabriel Ben-Dor, director of the National Security Studies Center in Haifa. "It is not even a split between politicians and the military."

"It is between the politicians themselves and the military among themselves," Professor Ben-Dor says.

The public debate is, according to Ben-Dor, partly psychological warfare.

Israel is trying to intimidate Iran and force other western powers to take a harder line. It's a sign of helplessness.

"I think some of it is genuine disagreement. People don’t really know what to do and they have no agreement on the fundamentals," says Ben-Dor. 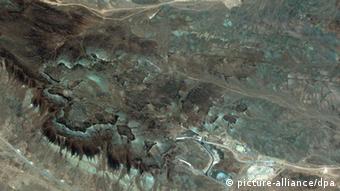 An aerial shot of Iran nuclear facility at Qom

Israel has been preparing for an attack on Iran's nuclear program for some time, but its chances of success are unknown.

Iran's nuclear material is thought to be scattered across the country and held in different locations, including a bunker near the city of Qom.

The bunker is about 70 meters under ground and could survive an attack with so-called bunker busters.

Even the optimists within Israel say an attack would only manage to throw the Iran nuclear program back by about five years.

Others, such as US Defense Secretary Panetta, say it would be more like two years.

In the worse case scenario, says Ben-Dor, "the attack would fail, Israel would take heavy losses on the way and provoke a forceful reaction from Iran and its allies."

How much damage Iran's long-range missiles could inflict is unknown. But it is equally unknown how the radical organizations, which Iran finances, might themselves react and whether they would help.

In the past week Iran's supreme leader, Ali Khamenei, warned against a military strike, stating his country would in future support any group that fought against the "Zionist regime."

It is unclear, however, whether Hezbollah in Lebanon and Hamas in the Gaza Strip would take part in a retaliatory strike from Iran or whether they would put their interests first.

"Could Israel afford to wait for such an attack," asks the former CIA man Riedel, "or would it felt the need to preempt such an attack?"

But more than this, Riedel is not only concerned that a conflict could spread to Lebanon, but also that it could spread across the entire region. 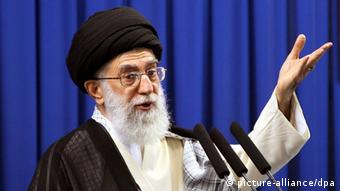 "I think that there's every reason to believe that Iran will retaliate not just against Israel but also against the United States," says Riedel. "From the Iranian perspective an Israeli attack will use American made jets, American made bombs and American trained pilots. They will see it as a made in America operation."

"And the United States has many embassies and bases throughout the region which would be vulnerable to terrorist response, to missile response. Iran could also try to exploit American and NATO vulnerabilities in Afghanistan," he says.

The US insists a military strike to deal with Iran's nuclear program is not out of the question.

In his most recent interview, US President Obama said "we have done extensive planning over the last several years about all our various options in the Gulf. And you know, we are prepared to exercise these options should the need arise."

Obama and Panetta have told the Israeli leadership they are against a military strike at this time because it would derail all diplomatic efforts to resolve the issue. 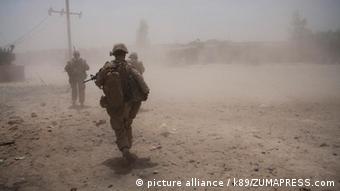 As troops are being withdrawn from Afghanistan, is it the right time for a new war?

At the German Council on Foreign Relations, Henning Riecke says Israel's security lies at the heart of Germany "reasons of state."

"If Israel attacked Iran militarily," says Riecke, "Germany would not be one of its critics."

Similar to the Lebanon war in 2006, it is possibly that Germany would take part in an international stabilization mission instead.

But if Bruce Riedel is right, it could be some time before anyone gets to even start planning a stabilization mission.

"There is a very real possibility," says Riedel, "that a military strike on Iran could ignite a conflict that would reach from Beirut to the Khyber Pass in which the United States would bear the brunt of the responsibility of bringing the conflict to an end."

Iran accuses US of 'psychological warfare'

The Iranian Foreign Ministry has accused the US of conducting "psychological warfare" a day after President Obama imposed new sanctions against Iran's central bank. It said the move would not affect its economy. (07.02.2012)

Palestinian unity not a safe bet

The deal between Palestinian rivals Hamas and Fatah to form a unity government leaves many questions unanswered. Analysts question whether this time, a long-term strategy for a Palestinian state will be developed. (07.02.2012)

US President Barack Obama has imposed new sanctions against Iran, including its central bank, in a bid to intensify pressure on Tehran's economy as the showdown over its nuclear ambitions continues. (06.02.2012)

Since the Islamic Republic of Iran was founded in 1979, there has been a war between Iran, Israel and the US. The war has never been officially declared, and there has been no real reconciliation.