Palestinian unity not a safe bet | World| Breaking news and perspectives from around the globe | DW | 07.02.2012

Palestinian unity not a safe bet

The deal between Palestinian rivals Hamas and Fatah to form a unity government leaves many questions unanswered. Analysts question whether this time, a long-term strategy for a Palestinian state will be developed. 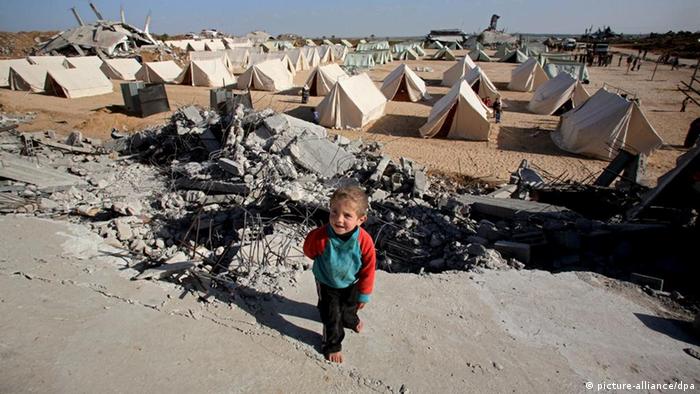 On the surface, the agreement brokered by Qatar and signed in Doha on Monday, is a step forward toward reconciliation between Hamas and Fatah. Under the deal, Palestinian President Mahmoud Abbas will head the interim unity government and organize long-overdue general elections in the Palestinian territories.

But Daniel Levy, Senior Fellow at the European Council on Foreign Relations based in London, said the deal should be treated with caution.

"We were already there in May in Cairo and very little happened in changing structures," Levy told Deutsche Welle, referring to the unity agreement signed by both sides last year in the Egyptian capital. "This agreement shouldn't be oversold for now."

Already back in 2007, Fatah and Hamas agreed to form a unity government following talks in Mecca.

"When it comes to Palestinian unity agreements - and there have been a few - the announcement is the easy part," said Robert Danin, Senior Fellow at the Council for Foreign Relations in Washington, in his blog. 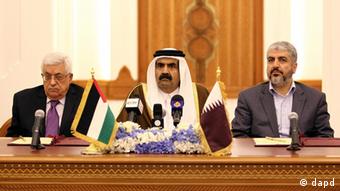 It is precisely the question of implementation that Levy said needs to be looked at closely. Any hopes for success depended on the strategy taken.

"Palestinians have to come up with a strategy and then stick to it," he said. Too much focus has been placed on technical instead of overall strategic details. "They need to agree on a national platform." As Danin pointed out, both the Mecca Accords and the Cairo agreements either collapsed or were never even implemented.

"In the case of last April's unity agreement, many of the key details were left to be resolved," Danin said. "Such is the case today."

For Abbas, the move means political survival. Peace negotiations with Israel have come to a standstill. According to Levy, there has been no evidence of international support for Abbas in talks about Palestinian statehood - be it by the Middle East Quartet, special envoy Tony Blair or UN Secretary General Ban Ki-moon, who visited the region last week.

"Abbas basically has few other places to go," Levy said. But he will face stiff resistance, both from within Fatah and from within Hamas.

Margret Johannsen, Senior Research Fellow at the Institute for Peace Research and Security Policy (IFSH) at the University of Hamburg, said the move will strengthen the position of the Palestinians in their statehood ambitions.

"The Palestinians were weakened by their division," Johannsen told Deutsche Welle. "Also, they were not taken seriously through this. In order to have a Palestinian state, both sides need to act in concert." 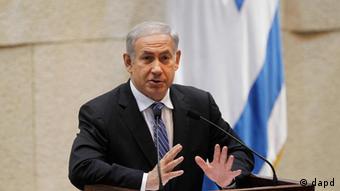 Israel's reaction to the deal was swift and to the point.

"It's either peace with Hamas or peace with Israel," Prime Minister Benjamin Netanyahu said. "You can't have them both."

According to Johannsen, this reaction comes as no surprise. "The Israeli government is always looking for reasons to prevent negotiations," she said. "It has no interest whatsoever in changing the status quo."

Levy agreed that the Israeli response was expected and should not be taken at face value.

"Were Palestinian unity to gather pace, were the Palestinians to confront strategic questions, then this will be treated more seriously by the Israelis," Levy said.

The will of the people

A main task of the new interim government will be to prepare long-overdue elections in the Palestinian territories. The Palestinian people had made it clear to their leaders that they were in favor of unity, Johannsen said.

"The people were the sharpest critics," she said. "The protests in the West Bank during the Arab Revolution were not demanding freedom, but rather reconciliation. These unity talks were the reply to those demands."

Both sides had recognized that there will be no progress if each group just sticks to its guns, she said. Hamas in particular was concerned about its standing in view of the problems facing its major supporters, Syria and Iran, she said.

"Hamas can also recognize the signs of the times," she said.

Both sides will reconvene in Cairo on February 18, where they are expected to present a final declaration on the formation of the new government.

After four years of division, Fatah and Hamas have agreed to form a joint government to end the split between the Gaza Strip and the West Bank. However, Israel has indicated it would not support the deal. (07.02.2012)

German Foreign Minister Guido Westerwelle, on a visit to the Middle East and Israel, has warned against any unilateralism in the pursuit of peace talks in the region. (02.02.2012)