US ends restrictions on official contacts with Taiwan

Secretary of State Mike Pompeo said the curbs had been imposed to "appease the Communist regime in Beijing," and added that the relationship between the US and Taiwan should not shackled by self-imposed restrictions. 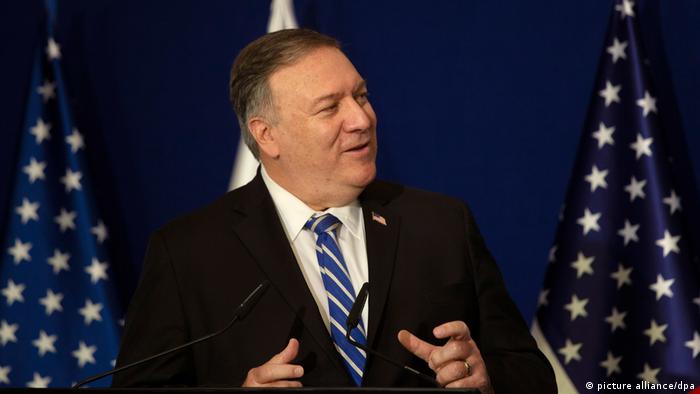 The United States is lifting decades-old "self-imposed" restrictions on its official relationship with Taiwan, US Secretary of State Mike Pompeo announced on Saturday.

"Executive branch agencies should consider all 'contact guidelines' regarding relations with Taiwan previously issued by the Department of State under authorities delegated to the Secretary of State to be null and void," he said in a statement.

Pompeo said the measures had been imposed "unilaterally" by the US government to "appease the Communist regime in Beijing."

"Today I am announcing that I am lifting all of these self-imposed restrictions," Pompeo said.

Kelly Craft, the US ambassador to the United Nations, will visit Taiwan next week for meetings with senior Taiwanese leaders.

"Our two democracies share common values of individual freedom, the rule of law, and a respect for human dignity. Today's statement recognizes that the US-Taiwan relationship need not, and should not, be shackled by self-imposed restrictions of our permanent bureaucracy," the secretary of state said.

The Taipei Economic and Cultural Representative Office in Washington, which serves as Taiwan's unofficial embassy, said the move showed the "strength and depth" of the US-Taiwan ties.

The announcement by the outgoing Trump administration is bound to irk China, which claims Taiwan as its own territory and has made attempts to isolate it on the global stage.

Chinese Foreign Ministry spokesperson Hua Chunying told reporters on Friday that some "anti-Chinese politicians" like Pompeo would do everything in their remaining term to undermine relations between the US and China.

In November 2020, the US agreed to sell four MQ-9 Reaper drones to Taiwan to boost its defenses amid increasing threats by China. The Trump administration also cleared arms packages worth $4.2 billion (€3.44 bullion) to the island.

Taiwan has long been an irritant in US-China relations. Washington has no formal ties to the island's democratically elected government but is its main ally. US law requires the government to ensure Taiwan can defend itself.