US approves $600 million sale of armed drones to Taiwan

The US has agreed to sell four MQ-9 Reaper drones to Taiwan to boost its defenses amid increasing threats by China. The Trump administration has cleared arms packages worth $4.2 billion to the island in recent weeks. 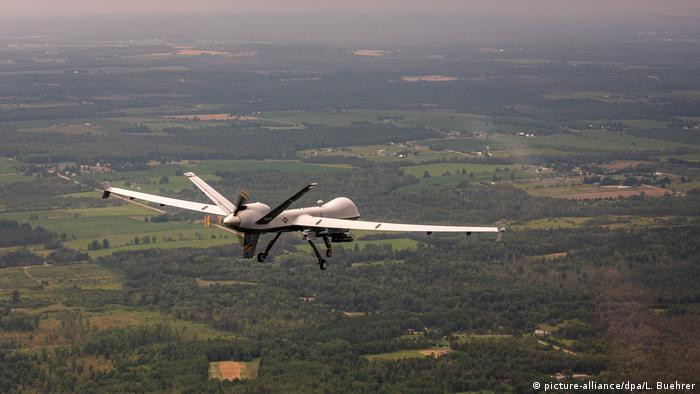 The US State Department on Tuesday said it had approved the sale of four sophisticated armed drones to Taiwan, the latest in a series of arms transfers to the island.

The $600 million (€513 million) sales of "weapons ready" unmanned MQ-9 Reaper drones to Taiwan will improve the island's defenses by bolstering its intelligence, surveillance and reconnaissance capabilities, the State Department said.

The sale will aid Taiwan's "continuing efforts to modernize its armed forces and to maintain a credible defensive capability," the department said, adding that it would assist in maintaining political stability, military balance, economic, and progress in the region.

The four drones, made by General Atomics, would come with ground stations and associated surveillance and communications equipment but not bombs or missiles.

Read more:Taiwan: The threat that the world ignores

Latest US arms package for Taiwan

The weapons transfer is the first such sale since the Trump administration eased the US policy to restrict the export of sophisticated and closely guarded drone technology.

It also is the latest among other arms packages worth $4.2 billion to Taiwan announced in recent weeks.

China angry over sale of US drones

The sales have infuriated China, which considers Taiwan as a renegade province that split from the mainland after the civil war seven decades ago.

Read more: The real winners of the US-China trade dispute

Beijing has repeatedly threatened to bring the self-governing island into its fold, hinting that it would do so forcibly if necessary.

In recent months, China has carried out simulated amphibious landings on a Taiwan-like territory and flown fighter jets into the island's airspace.

Taiwan has heavily relied on Washington for its security and the US remains its main ally.

US weapons sales to the island have increased in recent months as ties between Washington and Beijing plunged to its lowest levels in several decades.