US Embassy in Turkey targeted by gunfire

The US Embassy in the Turkish capital, Ankara, has been targeted by gunfire. President Recep Tayyip Erdogan's spokesman has condemned the attack. Two suspects have been arrested. 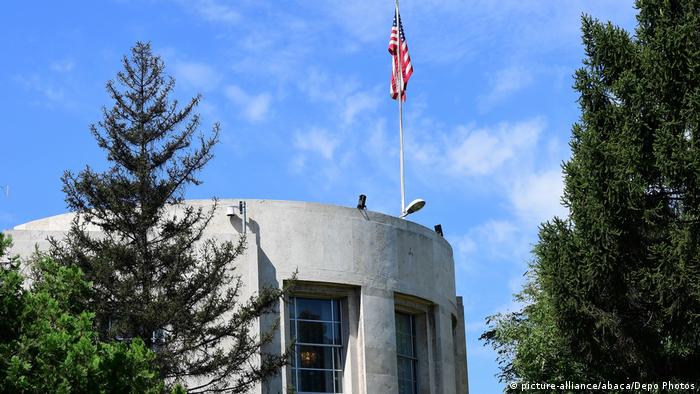 Gunshots were fired at the United States Embassy in Ankara on Monday morning, according to reports on Turkish media. The shots were fired from a moving vehicle at about 5 a.m. (0200 UTC). At least one of the bullets hit a security booth.

Officials said two people with criminal records had been detained. They were apprehended along with a 9-millimeter gun and a car with an Ankara number plate.

Tensions between the US and Turkey have emerged over a range of issues, including Ankara's detention of American pastor Andrew Brunson, which has triggered a tit-for-tat trade dispute and pushed Turkey's lira currency to a record low.

US Embassy spokesman David Gainer thanked police for their "rapid response" and said there were no reports of injuries. 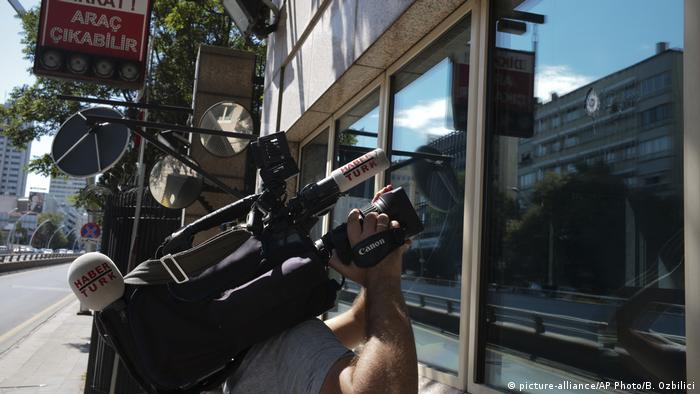 President Recep Tayyip Erdogan's spokesman condemned the attack via Twitter and said the incident was under investigation. "This is a clear attempt to create chaos," spokesman Ibarahim Kalin said. "Turkey is a safe country and all foreign missions are under the guarantee of the laws."

The embassy is closed this week to mark the Islamic holiday of Eid al-Adha, or the festival of sacrifice.

Brunson went on trial for alleged involvement with both the movement of Fethullah Gulen — a Muslim preacher living in self-imposed exile in the US who Ankara says masterminded a failed 2016 coup in Turkey — and the Kurdistan Workers' Party (PKK).

Turkey has repeatedly asked Washington to return Gulen, but US officials have said that Turkey has failed to provide sufficient evidence to justify his extradition, raising frustration in Ankara. Brunson, if convicted, could face two separate terms of 15 and 20 years in prison.

In the Syria conflict, the US has backed fighters from the Kurdish People's Protection Units (YPG), a group Turkey considers a terrorist organization.

Ankara and Washington have imposed trade tariffs on each other and the US has also slapped sanctions on two leading Turkish ministers, accusing them of serious human rights abuses.

kw/msh (AP, dpa, Reuters)Each evening at 1830 UTC, DW's editors send out a selection of the day's hard news and quality feature journalism. You can sign up to receive it directly here.

Inside Europe: How Turkey's tit-for-tat dispute with the US impacts Europe