According to the US official, about 20 special forces are in Taiwan to train soldiers amid rising aggression from China. Both countries had previously denied such an arrangement existed. 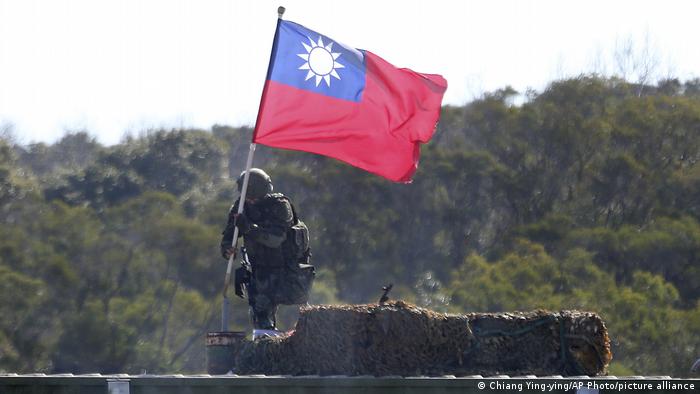 A US Defense Department official told news agencies late Thursday that US special forces have been training soldiers in Taiwan for months.

Confirming a report in the Wall Street Journal, the official said 20 US special operations and conventional troops have rotated in and out of Taiwan.

The remarks come amid increased tensions between Beijing and Taipei .

"We are making every effort to defend our national sovereignty and our people as well as maintaining regional peace," Taiwanese premier Su Tseng-Chang said on Friday when asked to comment on the Wall Street Journal story.

Last year, both Washington and Taipei had denied media reports about the Taiwanese military receiving training from the US army.

In light of the news, Chinese state media reported that the Foreign Ministry declared that it would "take all necessary measures to safeguard the sovereignty and integrity" of the country.

Why are US soldiers in Taiwan?

Beijing considers Taiwan a renegade province of China, and has recently stepped up verbal threats to take the island by force.

The Chinese air force has also been conducting military drills near Taiwanese airspace. A defense official in Taipei said that there had been a record 150 Chinese incursions into Taiwan's air defense zone in recent weeks.

For decades, the US has struck a balance between a desire to counter China and protect Taiwan without directly provoking Beijing.

US President Joe Biden has also made it clear that he wants soft power and countering Chinese militarism to be among the cornerstones of his foreign policy.

Still, Supple said that Washington's "support for and defense relationship with Taiwan remains aligned against the current threat posed by the People's Republic of China."

He then called on Beijing to honor its commitment to peace and stability in the region.

A group of French senators is set to meet top Taiwanese officials, including President Tsai Ing-wen, although China had warned France against the trip.