Taiwan says it's 'on alert' amid China air incursions 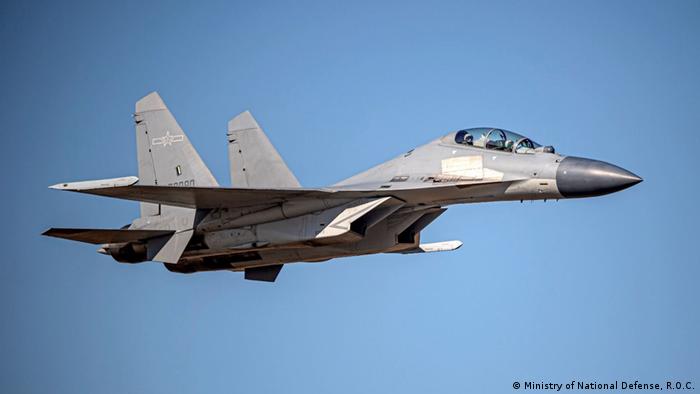 "The world has seen that China has repeatedly undermined regional peace," he said.

"The world has seen that China has repeatedly undermined regional peace and has been pressing on Taiwan," he said.

In a piece published Tuesday in Foreign Affairs, Taiwanese President Tsai Ing-wen wrote that the self-governing island's coming under Beijing's control would trigger "catastrophic" consequences for peace in Asia.

She wrote that Taiwan would do what it takes to defend itself and added that countries should understand the importance of working with Taipei.

"And they should remember that, if Taiwan were to fall, the consequences would be catastrophic for regional peace and the democratic alliance system. It would signal that in today's global contest of values, authoritarianism has the upper hand over democracy," Tsai wrote.

Over the past four days, China has flown nearly 150 planes into the southern and southwestern part of Taiwan's ADIZ, alongside China's National Day holiday on October 1.

How is the international community reacting?

The United States has said China’s heightened military activity in the South China Sea is destabilizing. Washington, which is the primary supplier of arms to Taiwan, confirmed its "rock solid" commitment to Taiwan, State Department spokesman Ned Price said Sunday.

Price said the US would "continue to assist Taiwan in maintaining a sufficient self-defense capability."

On Tuesday, Japan announced that it was keeping close tabs on the situation in the Taiwan Strait.

"Japan believes that it is crucial for the situation surrounding Taiwan to be peaceful and stable," Foreign Minister Toshimitsu Motegi said in Tokyo.

"Additionally, instead of simply monitoring the situation, we hope to weigh the various possible scenarios that may arise to consider what options we have, as well as the preparations we must make," Motegi said.

A delegation of French senators, including a former defense minister, Alain Richard, are scheduled to visit Taiwan this week, Taiwan's Foreign Ministry announced on Tuesday.

Foreign Ministry spokeswoman Joanne Ou said Richard would be visiting despite pressure from China. "We are very moved by this and admire it," she said, adding that more details of the visit would be provided later.