President Trump said the US would delay a tariff hike for two weeks, after China announced it would lift some trade restrictions. The mutual concessions may ease tensions ahead of high-level talks early next month. 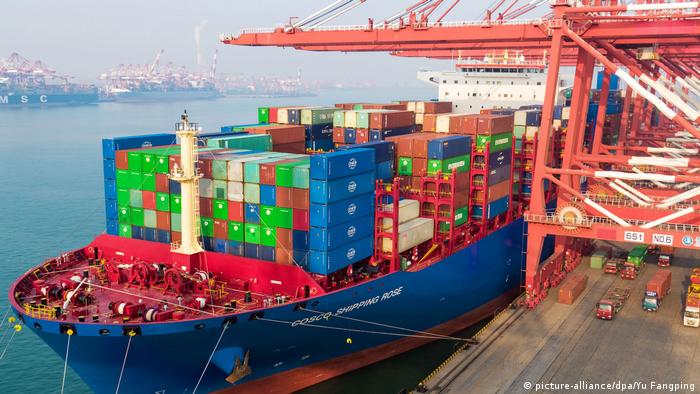 US President Donald Trump said Wednesday the United States will delay increasing tariffs on $250 billion (€227 billion euros) worth of Chinese imports by two weeks "as a gesture of good will."

The move came after Beijing earlier in the day announced plans to ease tariffs on 16 categories of goods imported from the United States.

The mutual concessions, although minor, are viewed as a peace-offering ahead of minister-level meetings in early October in the US capital, involving Chinese Vice Premier Liu He, US Trade Representative Robert Lighthizer and Treasury Secretary Steven Mnuchin.

Trump said the postponement of the tariff hike from October 1 to October 15 came "at the request of the Vice Premier of China, Liu He, and due to the fact that the People's Republic of China will be celebrating their 70th Anniversary."

The tariffs were set to increase the rate charged on Chinese imports from 25% to 30%.

According to the official notice, published by the Customs Tariff Commission, a 25% tariff will be removed on 16 categories of goods from next week up until September 2020.

The items on the list are considered relatively insignificant and don't touch trade restrictions on more important goods such as pork and soya beans that have hit US farmers.

The world's two largest economies imposed fresh tariffs on each other's goods in September, escalating a tit-for-tat trade war that has been blamed for a worldwide economic slowdown.

Although Washington postponed a new round of tariffs on Chinese exports, Beijing has targeted US cars, oil and food. President Donald Trump went on a Twitter tirade after the Chinese announcement. (23.08.2019)