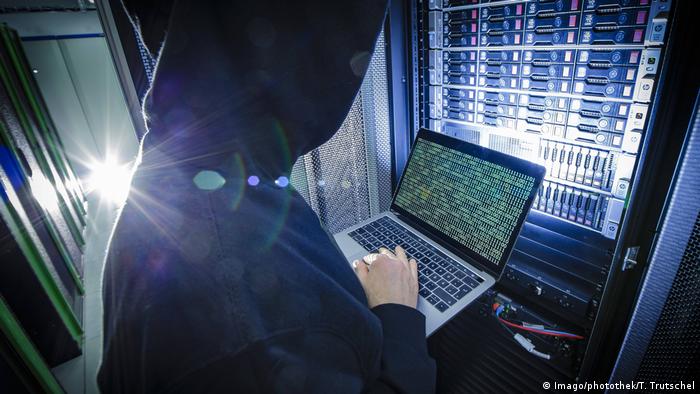 A total of six Russian officers, who allegedly worked for a military intelligence agency, have been charged over attacks on a broad range of political, financial and athletic targets, according to a US Justice Department indictment released on Monday.

The hackers, who are all current or former members of the Russian Main Intelligence Directorate (GRU), are accused of carrying out attacks on Ukraine's power grid, targeting the 2017 French elections and the 2018 PyeongChang Winter Olympics, according to the Justice Department.

In addition, they allegedly targeted investigations into the nerve agent poisoning of Russian former double agent Sergei Skripal and his daughter.

They also are accused of carrying out cyberattacks on media outlets and the parliament in Georgia, in the Caucasus region.

The computer attacks used "some of the world's most destructive malware to date," including the NotPetya malware in 2017, which caused nearly $1 billion (€8.5 million) in losses to the three victims identified in the indictment: a US health care provider, a FedEx Corporation subsidiary and a "large US pharmaceutical manufacturer."

They also are thought to have used KillDisk and Industroyer, which each caused blackouts in Ukraine.

"The [Federal Bureau of Investigation] FBI has repeatedly warned that Russia is a highly capable cyber adversary, and the information revealed in this indictment illustrates how pervasive and destructive Russia's cyber activities truly are," said FBI Deputy Director David Bowdich.

Read more: US lawmakers: Russia trying to 'influence the US election' through cyberattacks

He added that the indictment highlighted the FBI's capabilities.

The indictment does not charge the defendants in connection with interference in American elections, though the officers are part of the same military intelligence unit that prosecutors say interfered in the 2016 US presidential election by hacking Democratic email accounts.

In July, cybersecurity agencies in the UK, US and Canada alleged a network of Russia-backed hackers was trying to steal information on the coronavirus vaccine research from academic and pharmaceutical institutions.