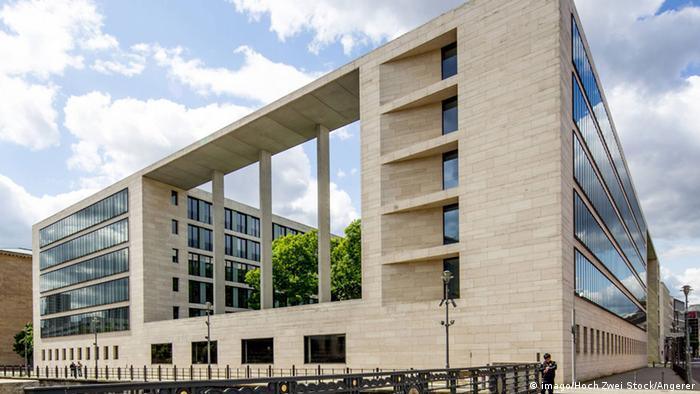 Germany summoned Russia's ambassador to the Foreign Ministry on Thursday over a hacking attack on German parliament in 2015.

The ministry summoned ambassador Sergei Nechayev to inform him of Russian citizen Dmitry Badin, who, in 2015, allegedly played a role in a hacking attack on the Bundestag at a time when he was working for Russia's GRU military intelligence agency.

The ministry added that it was seeking European Union (EU) sanctions against the hacking suspect.

In a statement, the ministry said, "The Russian ambassador was informed, with reference to the arrest warrant issued by the Attorney General on May 5, 2020, against Russian citizen Dmitry Badin, that the German government will support the use of the EU cyber-sanctions regime in Brussels against those responsible for the attack on the German Bundestag, including Mr. Badin."

Senior German diplomat Miguel Berger said he "strongly condemned the attack on Germany's parliament in the name of the German government," adding that Germany might also pursue sanctions against others under a new plan established in 2019 to respond to cyberattacks.

German prosecutors allege that Badin, who was already being sought by US authorities, was responsible for the attack as a member of a hacker group known as APT28, or Fancy Bear.

Prosecutors claim that the Russian citizen acted jointly with other persons to undertake "an intelligence operation against Germany for the intelligence service of a foreign power," the ministry reported.

The Foreign Ministry added on Thursday that it "reserves the right to take further measures" beyond the sanctions against Badin.

Earlier in May, German Chancellor Angela Merkel threatened Moscow with consequences for the 2015 attack, drawing on an investigation carried out by Germany's attorney general who said had uncovered "hard evidence" of Russian involvement in the incident.

The Russian Foreign Ministry has not yet commented on the matter. The Kremlin has repeatedly denied any involvement in the 2015 hacking incident and called Germany's accusations unjustified.

Tensions between Berlin and Moscow had already been mounting following the murder of a Georgian man in Berlin last year. Prosecutors suggested the killing was ordered either by Moscow authorities or authorities in the Russian republic of Chechnya.

Russian national Vadim Sokolov was arrested near the scene and is accused of conducting the killing with official help.

Chancellor Angela Merkel has told parliament that the latest reports of Russian hacking, also affecting her local constituency office's emails, "certainly do not make it easier" to pursue improved ties with Moscow. (13.05.2020)