The alliance would serve as a bulwark against Iran. The Shiite state has been the focus of the US president's threats, and a travel ban has seen US visa approvals for Iranians plummet. 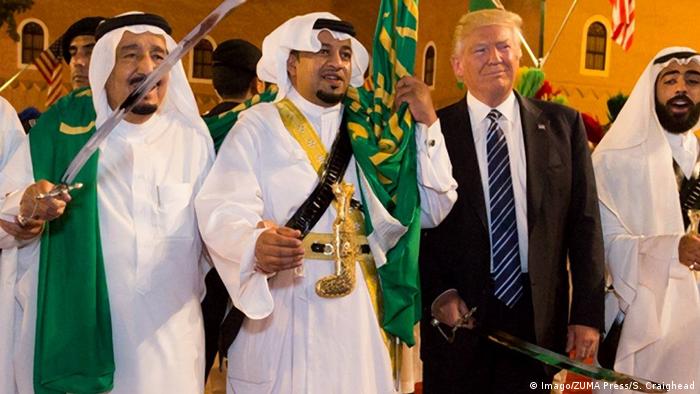 US President Donald Trump visited Saudi Arabia in May 2017

The aim for the alliance of the six Gulf Arab states, Egypt and Jordan is increased cooperation on missile defense, military training, counter-terrorism and developing regional economic and diplomatic ties, according to US and Arab sources quoted by Reuters.

The Middle East Strategic Alliance (MESA) would, in part, counter Iran's expansion in the region.

"MESA will serve as a bulwark against Iranian aggression, terrorism, extremism, and will bring stability to the Middle East," a spokesperson for the White House's National Security Council said.

The White House confirmed it was working on the alliance concept with "our regional partners now and have been for several months."

US President Donald Trump visited Saudi Arabia last year after Saudi officials had raised the idea of a security pact. Riyadh and the United Arab Emirates would take the leading roles in the alliance to work with the US against Iran.

Trump has maintained a line against Iran since the US administration announced in May it was pulling out of the 2015 international deal to limit Tehran's nuclear program in exchange for reduction in sanctions.

Last week, Trump issued a warning to Iran via Twitter, partly in block capitals, saying the Islamic state risked dire consequences "the likes of which few throughout history have suffered before" if it made threats against the US. 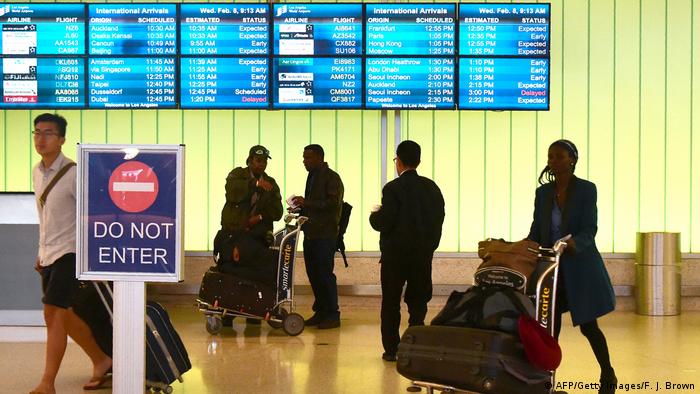 The US Supreme Court recently upheld Trump's travel ban on citizens of some Muslim-majority countries —including Iran — which had been imposed in January 2017, although courts blocked it from taking full effect until December.

According to figures in a letter from the State Department to Democratic Senator Chris Van Hollen, the number of people from the affected countries who have been able to obtain visas plummeted from March to May 2018, compared with the same period in the previous year.

Among those affected are expatriat Iranians, especially those with family still in Iran. For example, German medical school graduate Fariba Behnia-Willison's brother still works at the Medical Sciences university in Tehran. In order to work in the US, she would have to satisfy far more stringent conditions.

Waivers to the ban would only be made if there would be "undue hardship," or if entry of the person would not pose a threat to the United States, and if entry would be in the national interest.

The US, Saudi Arabia and the UAE accuse Iran of destabilizing the Gulf region, involvement in the Syria and Yemen conflicts and increasing threats towards Israel.

Iranians hope for Europe's support as US sanctions bite

The EU has been leading the efforts to salvage the nuclear deal with Iran following the US withdrawal from the international agreement. But the threat of imminent US sanctions is already having an impact on Iranians. (06.07.2018)

The documentary film explains how Tehran has consolidated its military and political position in the Middle East, the renaissance of Islamism and the fight against terrorists. (12.07.2018)

Prime Minister Shinzo Abe has reportedly canceled a trip to Iran. He would have been the first Japanese leader to visit Tehran in 40 years, but he chooses the US security umbrella over the need to secure oil supplies. (05.07.2018)