Union Berlin have won promotion to the Bundesliga for the first time. In an era of rampant commercialism, they're looking forward to the chance to give fans in the top flight a different stadium experience. 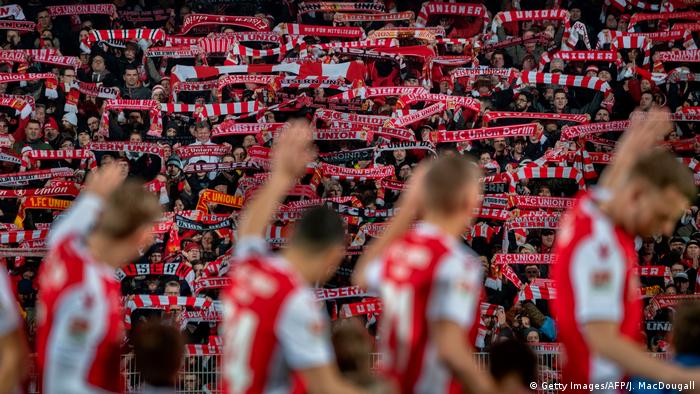 But what was at the time a tongue-in-cheek reaction to unexpectedly finding themselves in second place with 10 games to play is now a reality. After a 2-2 draw in the first leg in Stuttgart, Union held their nerve in the second to draw 0-0 and secure promotion to the Bundesliga for the first time ever.

And if the Bundesliga represents new ground for Union, Union promises to be a new and unique experience for the Bundesliga too, as the top flight welcomes a club that very much bucks the trend in modern football.

Union have always been a bit different, a bit awkward. Founded in their current form in 1966, they represented the antithesis to city rivals Berliner FC Dynamo (BFC), the main capital club that was widely seen as the plaything of the late former Stasi boss Erich Mielke and which won 10 consecutive East German titles between 1979 and 1989.

Union, on the other hand, from the leafy south-eastern suburb of Köpenick, played second fiddle, never finishing higher than seventh as they hovered between the top two divisions of the former East Germany.

Although Union were also very much part of the GDR's sports system and one of 11 state-sponsored football clubs, their origins go much farther back than the founding of the state in 1949 and they attracted a different crowd. The club became known for a supporter base that was anti-establishment, where dissenters could vent their disdain for the system in the anonymity of a crowd, and a fierce cross-city rivalry developed with BFC.

"There was a political aspect, of course, because Dynamo were connected to the Stasi, which was for many people unwelcome," Union Berlin's head of communications and lifelong fan Christian Arbeit told DW of the nature of the relationship between the two clubs, both of which were overlooked for the first Bundesliga season in a reunited Germany in the 1991-92 season.

Rise from the rubble

Union Berlin would spend the best part of the next 20 years trapped in the fourth tier, despite a run to the German Cup final in 2001 and surprise qualification for the UEFA Cup.

Sebastian Fiebrig, who writes for fan blog Textilvergehen and runs the popular State of the Union podcast, points to the arrival of Dirk Zingler as club president in 2004 as a major turning point in their history. 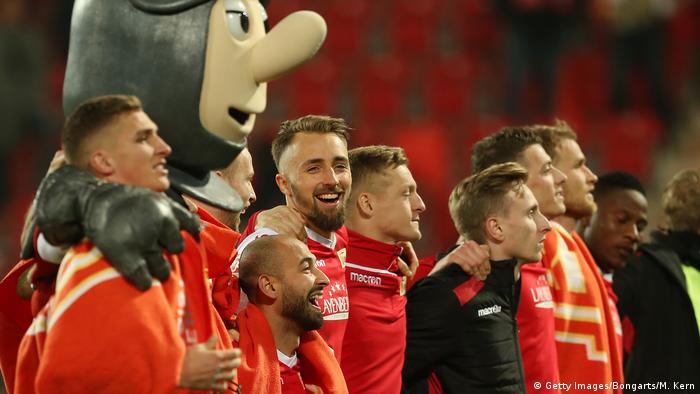 Given their rejection of many of the showy trappings of modern football, Union do have a mascot

"The fans often had to push things forward, but since Dirk Zingler arrived, the club's been pulling in the same direction as the fans, which is very special," Fiebrig told DW.

Under Zingler's direction, Union became more stable, eventually winning promotion to the second division, where they were a regular fixture over the past decade – thanks largely to their dedicated supporters.

Fans put in over 140,000 voluntary man-hours to renovate the stadium's old terraces in order to secure a league license in 2008. Four years earlier, they had donated money raised from giving blood to help rescue the club from bankruptcy – literally "bleeding for Union," as the campaign was called.

There are plans to expand the Stadion an der Alten Försterei to 37,000, including another 8,000 standing places, in keeping with the club's old-school tradition.

"Our identity doesn't mean we're not commercial at all, of course we are. That's football," Fiebrig said. "We take sponsorship money to pay our players and we do business, you can't survive without that."

As Union's on-field exploits improved, investment in players increased, putting the club on a path towards promotion.

Anyone who has been to Union Berlin's Stadion an der Alten Försterei, will rave about the experience. On matchdays, the usually quiet suburb of Köpenick is transformed into a vibrant, passionate party town as an eclectic mix of fans combine for a 22,000-strong red-and-white army.

"On matchdays, it's only about the football. The club makes sure the fans only experience football," Fiebrig said.

This means no halftime shows, no music during goal celebrations, no light shows, no bells and whistles, just a traditional football experience without the trappings of modern football. All within a stadium that is a throwback to a bygone era. 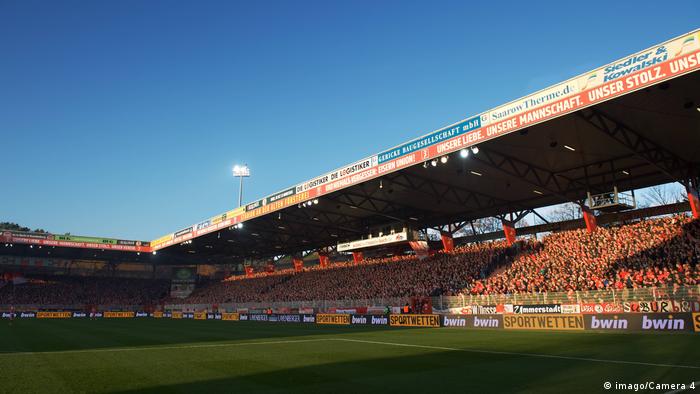 "It's a non-mainstream, alternative feeling and that starts with the stadium," Arbeit noted. "We have an all-standing stadium, as opposed to the almost all-seater stadiums we see now. It's all about pure football."

The result is acommunity, not just a club, and Union Berlin are now looking forward to sharing their matchday experience with the Bundesliga.

"Union is like a family. I'm sure every club says this but Union is different," Fiebrig stressed. "We can be a good influence on the Bundesliga. People have the impression that the Bundesliga is losing what makes it special.

"[Red Bull-backed RB] Leipzig have their football vision and that's fine. But we believe our club members should decide in which direction the club should go."

Arbeit, who drums up the atmosphere on matchdays as the PA announcer in the stadium, also believes Union Berlin can shake up the top flight.

"We would welcome all the Bundesliga clubs and show them what it's like to celebrate a goal without music, to see a corner not presented by anyone," Arbeit said prior to Union clinching promotion. "That's not what we think football is about. Fans are not customers here. We do things differently. We do things together."

Promotion against the odds

Now that Union have finally won promotion to the top flight, becoming just the third lower-division side to win the playoff against a third-last Bundesliga side since its reintroduction a decade ago – another trend the Irons are bucking.

"This is the biggest thing that's ever happened to Union," Fiebrig said about just reaching the playoff. "We will never win a championship, so promotion is like winning a cup for us underdogs."

For the first time in seven years, a second-division side has won the Bundesliga relegation playoff. Union Berlin secured promotion on away goals after holding off Stuttgart, who were relegated in the process. (27.05.2019)