Uncertainty, competition mark the space between the EU and Russia | Europe | News and current affairs from around the continent | DW | 17.02.2018

Uncertainty, competition mark the space between the EU and Russia

Eastern Europe and Central Asia have been caught between western Europe and Russia since the Cold War ended. At the Munich Security Conference, regional experts discussed where the future lies for these regions. 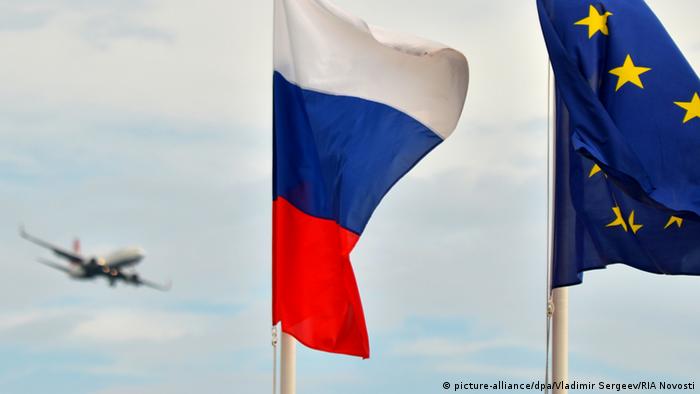 The collapse of communism and the Soviet Union in the 1990s meant momentous change for eastern Europe and Central Asia. But countries in both regions have since found themselves in a state of limbo between Moscow and Brussels.

Some panelists were relatively optimistic about both regions, not only for the countries caught in the middle but also for Russia and the EU.

Armenian President Serzh Sargsyan said his country had learned that "geopolitical competition bears nothing good," noting that only by "combining interests" with other countries could everyone ensure progress.

The question, Sargsyan said, wasn't about being caught between two political forces. Instead, it was about finding areas where Armenia's interests overlapped with those of Russia and the EU: "Only through cooperation can we cope with the times."

Moldovan Prime Minister Pavel Filip was less sober in his assessment, noting a "state of uncertainty" in eastern Europe and Central Asia.

For Filip, problematic domestic reforms, geopolitical tensions and different levels of military and economic cooperation with Russia were at the heart of this uncertainty. "All countries in this region face similar problems," he said.

Filip pointed to Russian troops in the breakaway Moldovan region of Transnistria as a thorn in the country's relationship with Moscow. "We would like to build balanced relations" with Russia, he said, but only after the "withdrawal of Russian troops and Russian munitions."

Looking westward, he noted positive developments in Moldova's relationship with Brussels, including an association agreement with the EU that has led to a stronger judiciary and greater transparency in the country.

Moldova's decisive push toward the EU gave the country a goal: EU membership. But for other countries, Pavel said, there remains a "lack of strategic direction."

Read more: Moldova at crossroads between EU and Eurasia

Konstantin Kosachev, who chairs the foreign affairs committee in the upper chamber of the Russian parliament, used the stage to criticize the EU for allegedly failing to live up to the Paris Charter of 1990, which set out the basis for relations between the Soviet Union and the West at the end of the Cold War.

"The era of confrontation and division of Europe has ended," Kosachev said, quoting the charter. But he added that today's situation was "as far" removed from the charter's principles "as possible."

The Russian lawmaker also questioned those who would place Russia outside of Europe.

"Europe is strongly divided. But no, I cannot accept … describing Europe somewhere and Russia somewhere else outside of Europe. Russia is Europe," he said.

Read more: Serbia balances between Russia and the West

Kosachev lashed out at NATO and the EU for mirroring this geographic exclusion of Russia in their relations to Moscow.

"Both organizations — with all my respect — are not inclusive; they are exclusive," he said. "Each and every country in Central and Eastern Europe is provided a chance to join these organizations, but certainly there is one exception and this exception is Russia."

European Commissioner Johannes Hahn, who is charged with EU enlargement, didn't agree, saying Russia had previously been given opportunities to start the process of joining both organizations.

"Correct me if I'm wrong, but once there was an invitation to Russia in the early '90s to join NATO. And there was a clear statement from Russia that it would never join the EU because it perceived it as blocking itself, and that's OK — we respect that," said Hahn.

Whether Moscow was ever invited to join the military alliance or the ever-expanding regional bloc is still unclear.

But for Kosachev, the past is the past, and Brussels and Moscow now "have to acknowledge" they are in "competition" with each other.

Kosachev's comment was a somber note to end on and echoed by Aleksey Pushkov, the former head of the foreign affairs committee in the lower chamber of the Russian parliament, who told DW: "there is a strong tendency in the Western alliance to see Russia as an adversary."

But the conversation between Kosachev and Hahn felt honest and frank.

That, if anything, is a step in the right direction.