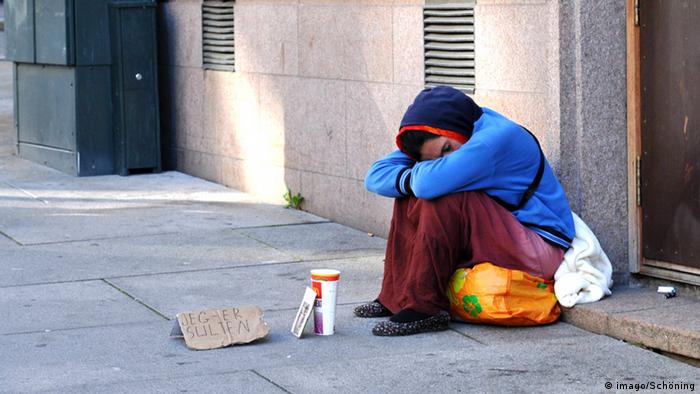 Needs for humanitarian assistance have surged to unprecedented levels this year because of COVID-19, the UN humanitarian office said on Tuesday.

The UN has projected that a staggering 235 million people will require help in 2021, resulting from the economic impacts of the coronavirus pandemic, including conflicts, forced migration and the effects of global warming.

The UN Office for the Coordination of Humanitarian Affairs (OCHA) expects a 40% increase in the number of people in need of assistance in 2021 compared to this year. Over $35 billion (€29 billion) would be needed in 2021 to help those in need.

Next year, one in 33 people will be in need of aid, the report said, stressing that if all of them lived in one country, it would make up the world's fifth largest-nation.

The coronavirus pandemic, which has killed more than 1.45 million people worldwide, has disproportionately hit people living in poverty.

The money requested in the appeal would be enough to help 160 million of the most vulnerable people across 56 countries, the UN said.

For the first time since the 1990s, extreme poverty is set to rise substantially, while life expectancy will fall and the annual death toll from HIV, tuberculosis and malaria could double.

Spain's food banks pick up where the pandemic left off

The threat of famine

"Possibly the most alarming thing ... is the threat of the return of famines, potentially in multiple locations," said Lowcock. By the end of 2020, the number of acutely food-insecure people worldwide could grow to as much as 270 million — an 82% increase over the pre-pandemic figure.

Mass starvation had previously appeared to have been "assigned to the dustbin of history," he said, but now, "the red lights are flashing and the alarm bells are ringing."

"The picture we're painting this year is the bleakest and darkest perspective on humanitarian needs we've ever set out, and that's because the pandemic has reaped carnage across the most fragile and vulnerable countries on the planet," he said.

He added that he thinks the UN appeal will probably raise a record $20 billion by the end of the year. The UN aims to reach about two-thirds of those in need, with the Red Cross and other humanitarian organizations trying to meet the rest.

UN Secretary-General Antonio Guterres said humanitarian aid budgets are now facing dire shortfalls as the impact of the COVID-19 pandemic continues to worsen, and said extreme poverty has risen for the first time in more than a generation.

"The lives of people in every nation and corner of the world have been upended by the impact of the pandemic,'' he said. "Those already living on a knife's edge are being hit disproportionately hard by rising food prices, falling incomes, interrupted vaccination programs and school closures.''