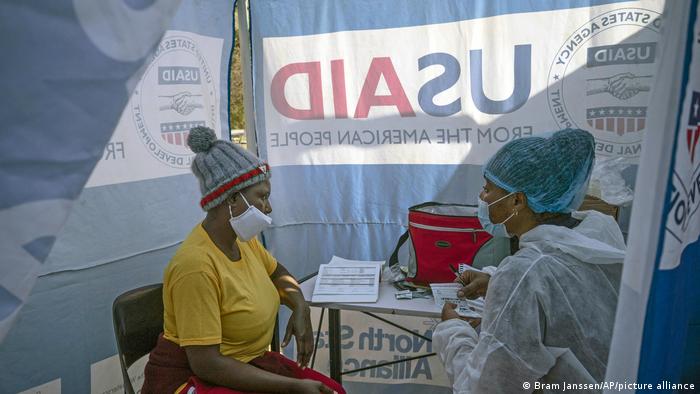 Since the outbreak of the coronavirus pandemic, more than half of the people under Gilbert Tene's care have stopped coming in for their regular checkups, the doctor, who works with AIDS patients at Cameroon Baptist Convention Health Services, told DW. "Patients are reluctant to come to the hospital," Tene said. "We need those patients at the hospital to keep on counseling, to provide them with drugs and to provide them with any other support," he said.

Read more: In March, a DW editor wrote that pandemic measures in Africa were another death trap for poor

HIV-positive people with access to the right kind of drugs can live for decades without developing AIDS. Going without such medication, however, can be lethal. The South African doctor Zolelwa Sifumba said she witnessed such tragedy daily. "Members of the communities die in hospitals, leaving others afraid to seek medical care," said Sifumba, who tends to patients in the Kwazulu-Natal province. "Those that missed follow-up dates of previously well-controlled conditions like HIV, TB and other conditions come in now dying, because they came in late for multiple reasons, including the lockdown."

This is even more apparent in countries that had recently made great strides in combating HIV. In 2018, the Joint United Nations Programme on HIV/AIDS (UNAIDS) reported the number of new infections in the Eastern and Southern Africa region had dropped by 30% from 2010 to 2017. Mortality rates fell by 42% during the same period. Such rapid progress had not been recorded in other parts of the world. The idea of eradicating AIDS by 2030 will remain utopian. Alas, the coronavirus pandemic is making matters worse. "You see tremendous progress in the epicenter of this epidemic, which is in Eastern and Southern Africa," UNAIDS head Winnie Byanyima said. "There you see the most rapid progress, bringing down new infections, bringing down deaths, happening in the region that is most affected."

Now, UN analysts estimate that the global coronavirus outbreak could cause 290,000 people to contract HIV worldwide. They project that an additional 148,000 people could die from AIDS. Several factors account for this projected spike. One is that HIV patients are avoiding hospitals. Another has to do with sexual violence. "We have data showing that in many countries, when lockdowns were put in place and kids were sent back home from schools, that violence against women and girls peaked in a number of countries," Byanyima said. "Sexual violence against women and girls is one of the main drivers of the pandemic, particularly in Africa." This situation is exacerbated by the fact that fewer people, including pregnant women, are getting tested for HIV during the coronavirus pandemic. This increases the risk that babies could be born with HIV or contract  it through breast milk.

Read more: On World AIDS Day, German man who contracted HIV in the 1980s wonders, 'why did I survive?'

The health care systems in many African countries were already struggling with a shortage of doctors and nurses. The coronavirus pandemic is now exerting further pressure on these systems. Medical staff treat HIV-positive patients, people who have developed AIDS sufferers and now those who have COVID-19, as well. This places doctors at tremendous risk. "Insufficient measures to prevent infections and a lack of protective personal protective equipment lead to a rise in infections and deaths among medical staff, which increases staff shortages further," Sifumba said.

Read more: In September, a milder-than-expected pandemic in Africa had experts puzzled

The Global Fund to Fight AIDS, Tuberculosis and Malaria (GFATM) could soon be, too. The GFATM — which was founded in 2002 and brings together various governments, companies and international institutions — contributes 20% of the global budget to combat AIDS. This year, the GFATM also began supporting the fighting against the coronavirus. There is concern that resources are stretched too thin to battle two pandemics at once. 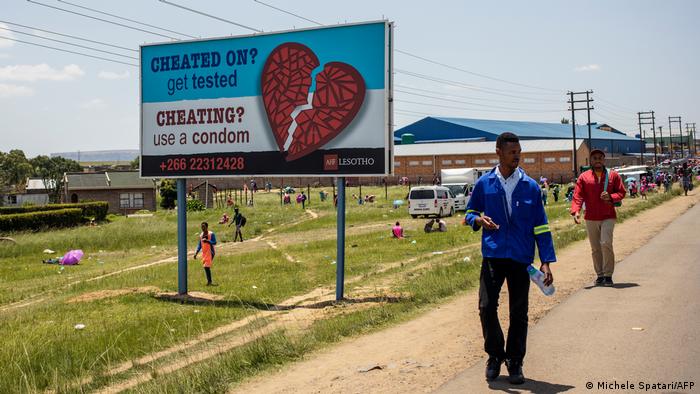 "My nightmare scenario here is that the Global Fund to Fight AIDS, TB and Malaria finds itself also dealing with COVID — but with the same amount of money," GFATM head Peter Sands said. "In which case, we will make less progress on all four diseases and more people will die."

Read more: In April, experts had dire predictions about the coronavirus pandemic in Africa

Now, it is up to the various national governments that support the fund. One, a global campaign to eradicate extreme poverty and preventable disease, estimates that the fund will require an additional $5 billion (€4.2 billion) to make up for the finances spent fighting the coronavirus pandemic. Most countries are grappling with mounting public debt as the pandemic lingers. As such, it is uncertain whether they will be able to provide the necessary funds to keep up the fight against AIDS.