Opinion: The politics of unproven cures

COVID-19 has left the medical world and global leaders clutching at straws to stop a terrible health and economic emergency. Some have dangerously touted unproven cures — and it's no laughing matter, writes Cai Nebe. 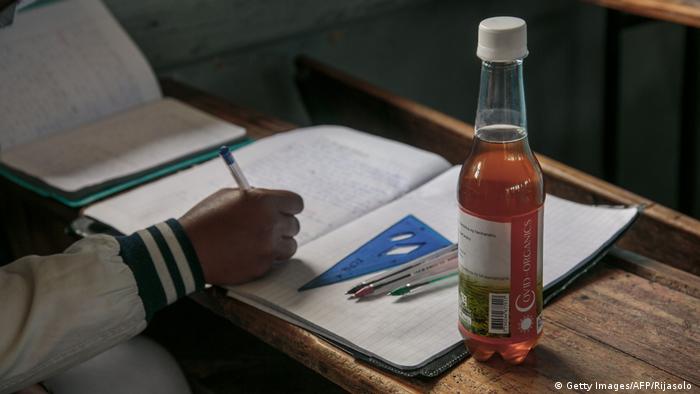 The story out of Madagascar initially sounds much like a run-of-the-mill scandal from sub-Saharan Africa.

In June, Madagascar's education minister Rijasoa Andriamanana was sacked for planning to order more than $2 million (€1.8 million) worth of sweets and lollipops to give to school pupils.

Her plan was give students three sweets each to take the bitter edge off an Artemesia-based herbal tonic called Covid Organics that Madagascar's government is distrubuting as a prevention and cure for COVID-19.

Suprisingly, Andriamanana wasn't fired for encouraging school students to drink a conconction that hasn't been scientifically validated in a single study as working against COVID-19.

Rather, she lost her job because of the cost of the sweets sparked an outcry in Madagascar, one of the world's poorest countries.

Madagascar is facing a noticeable spike in COVID-19 cases — it has more than 3,300 confirmed cases as of Wednesday, July 15. 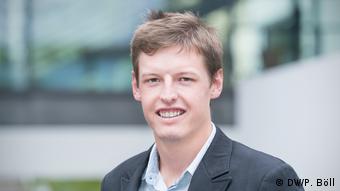 Cai Nebe is a journalist in DW's Africa department

But when Rajoelina announced Madagascar had a cure, and was duly questioned about it, the former DJ was predictably bullish in his response.

"If it was a European country that had actually discovered this remedy, would there be so much doubt? I don't think so," he told foreign press.

The World Health Organization (WHO) was unconvinced, warning against using untested remedies. The African Union said it wanted to see peer-reviewed evidence and studies of Covid Organic's effect on the coronavirus. Neither of which Rajoelina's drink has, or ever did, have.

But Rajoelina's defense of his cure had hit a nerve.

This came despite Magufuli's apparent lack of concern for the coronavirus, where he refused to impose lockdowns, openly encouraged Tanzanians to gather in crowded places of worship, and perhaps more damagingly, cast doubt on Tanzania's own national laboratory by sending in a fake COVID-19 sample to prove that lab test results were not accurate and therefore the number of COVID-19 cases in Tanzania was inflated. This, he implied, was a joint conspiracy by the WHO and "imperialists”.

This hypocritical and frankly bizarre behavior by leaders in sub-Saharan Africa during the time of pandemic is worrying. And people's lives are at risk.

South Africa has the world's largest epidemic of HIV. A mind-blowing 7.7 million South Africans are living with the disease, or 20% of the adult population has HIV. But it wasn't always the case.

An AIDS-denialist by the name of then-president Thabo Mbeki springs to mind. His administration's failure to grasp the magnitude of the epidemic or even to take it seriously cost the lives of over 300,000 South Africans. While notorious stories during the early 2000s around Mbeki's questioning of HIV's link to AIDS or his Health Minister Manto Tshabalala-Msimang's preferred treatment of garlic and beetroot concoctions to cure the virus are well known, less known is Mbeki's disastrous backing of a "wonder drug."

In 1997, Mbeki was deputy president, and HIV was spreading rapidly. An obscure, untested drug called Virodene came up. Developed in Pretoria by a medical technician with, at best, shoddy, at worst, fraudulent credentials, the drug's main active ingredient was a highly toxic industrial solvent. Incredible as it seems in retrospect, the drug got support from Mbeki and political allies who invested in the drug's development despite being rejected by South Africa's medicinal and scientific community. Human trials were allegedly carried out despite the drug never being cleared, ironically in Tanzania.

Mbeki at the time said opponents to the drug wanted sub-Saharan Africans to suffer. Sound familiar? 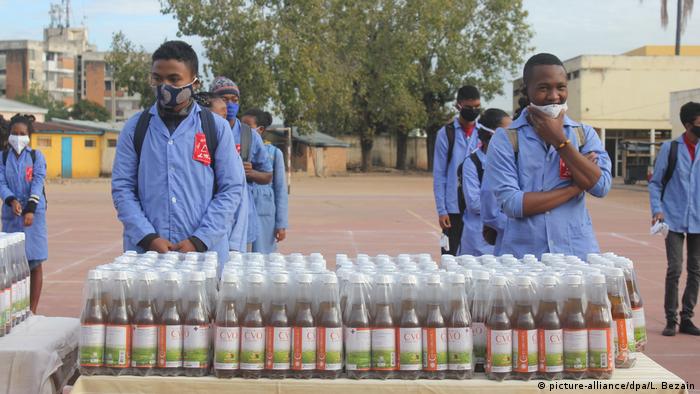 However, the yearning to find an African solution to an increasingly African problem is understandable — and so are the knee-jerk reactions of politicians like Rajoelina, Magufuli or Mbeki in the past. It would be unwise for Westerners to laugh them off. African leaders, and residents of the continent, are sick to their stomachs of appearing weak and helpless in the face of oncoming tragedy they have no chance of stopping.

They are tired of being told things like, "it was bad in the developed world, just imagine how bad it's going to be in Africa," especially by Europeans and Americans looking down from relative safety, and with infinitely better resourced health care systems. The rage and sense of injustice is only amplified by most Africans knowing that this pandemic will leave the continent economically destitute, hungry, sick and further behind than ever before. This is a reality we, and our families, will have to live with, as opposed to watching it on TV.

While the actions of the Rajoelinas and Magufulis seem unfathomable, stupid and cruel in the face of pandemic and death, it's worth remembering the coronavirus has seen inept Western leaders like Donald Trump support Hydroxochloroquine, another unproven cure. Now, nobody is laughing.

The EU is worried citizens could be hit by simultaneous COVID-19 and flu outbreaks this fall. If early vaccinations go-ahead, EU citizens will get their flu jabs in summer. Follow DW for the latest. (15.07.2020)

Researchers say they are surprised at the number of people who have offered to take part, as they usually struggle to find enough guinea pigs. The study will test the success of a COVID-19 vaccine developed by CureVac. (11.07.2020)

A decision to reimpose a ban on the sale of alcohol has angered many consumers in South Africa. Health experts say the move could free up much-needed hospital beds. (13.07.2020)