The WHO is worried that it will fail to reach the goals set in the fight against malaria. Death rates are expected to rise sharply again in 2020 because resources are being diverted to fighting the coronavirus pandemic. 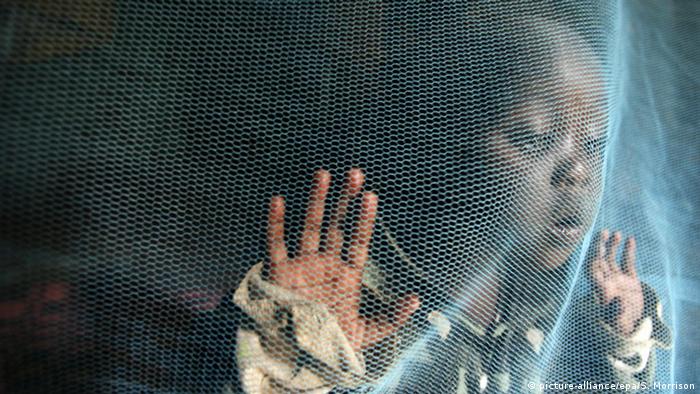 The latest report of the World Health Organization (WHO) on malaria sees some positive developments in the long term. While in the early 2000s, as many as 700,000 people died of the tropical disease every year, that figure has now fallen to just over 400,000. According to the WHO's estimates, 409,000 people died last year, out of a total of nearly 229 million malaria infections.

But progress is faltering. In recent years, the annual death rate fell only slightly. The number of infected people rose again, if not by much. At the report's presentation, Matshidiso Moeti, the WHO's regional director for Africa, warned: "If we remain on our present course, we will miss the global targets for 2030."

According to the WHO, there should be 90% fewer cases of infections and deaths by 2030 compared to 2015. Moreover, 35 countries should be completely malaria-free.

One of the reasons why the targets seem unreachable is the coronavirus pandemic, which put an additional strain on the world's healthcare systems and disrupted supply chains. Fears are growing that the figures will rise once more this year. 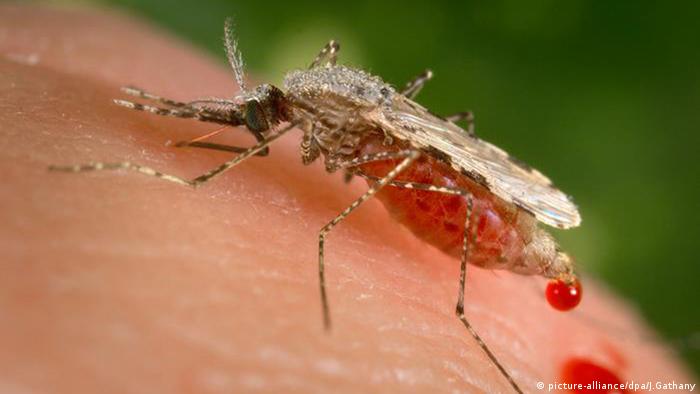 The steps made necessary to contain the pandemic have consequences for the fight against malaria. Disruptions in diagnoses and the distribution of mosquito nets, as well as less access to medication for people who are ill, make treatment more difficult.

Moeti admitted that data coming out of Africa is patchy. "By the end of 2020, more people will have died of malaria than COVID-19." The WHO regional director appealed to donors and politicians alike to act. "I guess the question is, why is there so much of an alarm with an acute event like COVID-19 or Ebola? And why is it so ordinary and so normal that hundreds of thousands of mainly children, and other people, die of malaria every year?"

Moeti said the WHO lacked resources to strengthen the fight against malaria. In 2019, $3 billion (€ 2.5 billion) were made available worldwide, although $5.7 billion are needed to fight the disease efficiently. Moeti stressed that without malaria, economies could grow much faster by 1.3 percentage points.

Add to this the effects of the coronavirus pandemic. Moeti described the decline in productivity: "Sub-Saharan Africa is being pushed into recession for the first time in 25 years." Weak health systems in African countries are also to blame for the fight against malaria, she said. Additional funds will have to be raised, and the death toll reduced. In 2019, Africa accounted for the majority of 384,000 malaria deaths. This does not need to be, Moeti said.

Peter Sands, Executive Director of The Global Fund to Fight AIDS, Tuberculosis and Malaria, said it was urgent not to lose sight of other health concerns despite the corona crisis. "We are now seeing an enormous amount of attention being paid to health because of the pandemic. A new virus is causing huge economic damage. But getting rid of a well-known pathogen, the malaria parasites also has massive costs," Sands told DW.

Children are the main victims of malaria

$3 billion per year is a shockingly small amount, considering the fact that children are particularly at risk from malaria. According to the WHO report, 31% of children under five years of age still do not receive drugs known as antipyretics to prevent or reduce fever when they fall ill.

That figure was only slightly higher 36% ten years ago. There is also the time factor. "When a small child has a fever, it's all about speedy treatment," Sands said. Corona has made treatment more difficult. "If a health worker is sick or isolated, there is no plan b," Sands explained.

Because CIVID-19 has negatively affected so many regions in this way, between 20,000 and 100,000 more people could die of malaria this year in sub-Saharan Africa, Pedro Alonso, director of the WHO's global malaria program, told DW. So far, around 51,000 people in Africa have died as a result of COVID-19 complications. 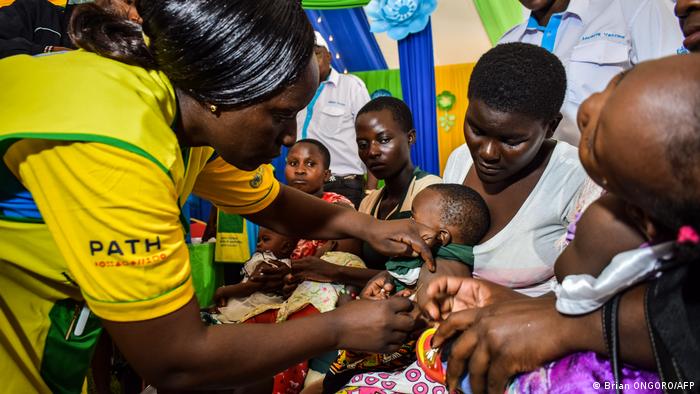 "We should be raising our sights and say the same we said about COVID-19," namely that no one should be left behind, Sands added.

The WHO sees as positive that half of all countries affected by malaria are on the brink of eradicating the disease. One important step was using close-meshed, impregnated nets, which effectively prevent bites of the Anopheles mosquito. 2.7 billion nets were distributed in 20 years. 21 million children have received help to prevent the disease. "These are real achievements. But we have not yet reached our goal," WHO's Pedro Alonso said.

There is also hope from a new vaccine now being tested in its pilot phase in Ghana, Kenya, and Malawi. By November 2020, nearly half a million children had been inoculated. The serum is thought to protect four out of ten small children from a potentially fatal malaria infection.

Uta Steinwehr contributed to this article translated from German