Hundreds of thousands of children are to receive a groundbreaking vaccine against the mosquito-born disease in three African countries. It's hoped the campaign will save many lives, but there are some drawbacks. 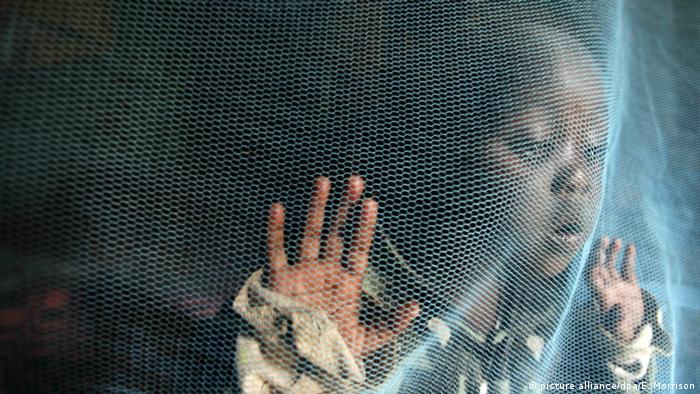 Some 360,000 children a year in three African countries are to receive a powerful anti-malaria drug as part of a pilot project to help reduce the incidence of the deadly disease.

Malawi on Tuesday is the first country to begin the use of the mosquirix vaccine as part of routine childhood immunization programs. Ghana and Kenya are expected to start large-scale vaccinations next week.

Mosquirix — the brand name for RTS,S — triggers the immune system to defend against the first stages of the infectious disease shortly after the malaria parasite enters the bloodstream through a mosquito bite.

Read more: Is the future of health technology already in our hands?

Manufactured by British pharmaceutical giant GlaxoSmithKline (GSK), mosquirix has been lauded by the European Medicines Agency (EMA) after it passed scientific testing.

The total investment in the pilot scheme comes to almost $1 billion (€0.88 billion) and GSK is donating millions of doses of the drug.

"It's a historic moment," said Pedro Alonso director of the World Health Organization's (WHO) Malaria Program, hailing three decades of research and development that has led up to the vaccine trials.

The pilot project, which will run until 2022, follows somewhat of a resurgence in malaria case globally — some 219 million in 2017 — 2-million more than the previous year. About 435,000 people die from the disease, mostly in Africa and most of them children under the age of five. Since 2000, however, the number deaths has fallen by nearly two-thirds. 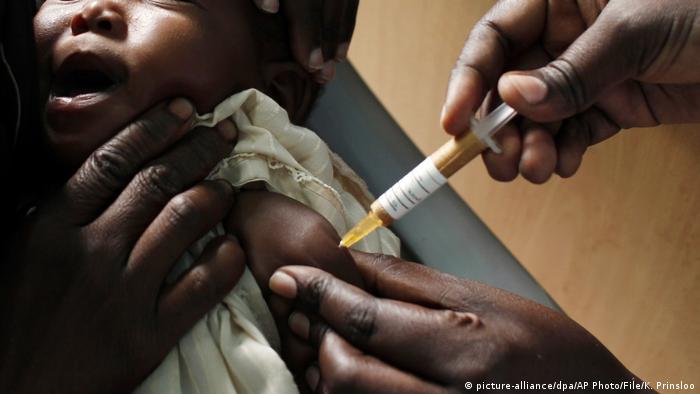 The pilot project will target 360,000 children per year in Malawi, Ghani and Kenya

Malaria is transmitted by the female Anopheles mosquito, which is widespread in sub-Saharan Africa. In severe cases, the disease can cause seizures, coma or death. Children are particularly vulnerable, and every year, around 250,000 youngsters die of the disease.

"Malaria can kill a child in less than 24 hours," warned scientist Tisungane Mvalo. "Its the main cause of illness and death among children aged 5 and under in Malawi," he wrote on Twitter ahead of the trial's launch.

Mary Hamel, the coordinator of the World Health Organization's malaria vaccine program, said the vaccine "has the potential to save the lives of tens of thousands of children."

The roll-out could prove difficult as the children must get four injections. The first three should happen at about five to nine months, the fourth at the age of two. As the vaccines don't necessarily coincide with other vaccinations, health workers will face extra pressure to ensure parents bring their children to all four appointments.

In the most extensive clinical study to date, involving around 15,000 infants, the vaccine has prevented approximately 40% of malaria infections and around 30 percent of severe cases.

Heath experts acknowledge that Mosquirix is just one of several possible treatments in the fight against the disease.

All the same, critics are skeptical as to whether the vaccine can live up to expectations. It acts only against the most common and dangerous pathogen "Plasmodium falciparum" whereas malaria parasites can carry five different plasmodia.

As feared, cholera has broken out in Mozambique, two weeks after a massive cyclone swamped much of the center of the poor southern African country. Authorities are battling to keep disease from spreading. (27.03.2019)

Africa has depended on outside help to combat its worst killer, malaria, for decades. Despite more recent strides than setbacks in combating the scourge of the mosquito-borne disease, it remains heavily donor-reliant. (25.04.2018)

The World Health Organization is in emergency talks because of rising monkeypox infections. That doesn't mean that there's another pandemic — but some people will need additional protection.