Africa has depended on outside help to combat its worst killer, malaria, for decades. Despite more recent strides than setbacks in combating the scourge of the mosquito-borne disease, it remains heavily donor-reliant. 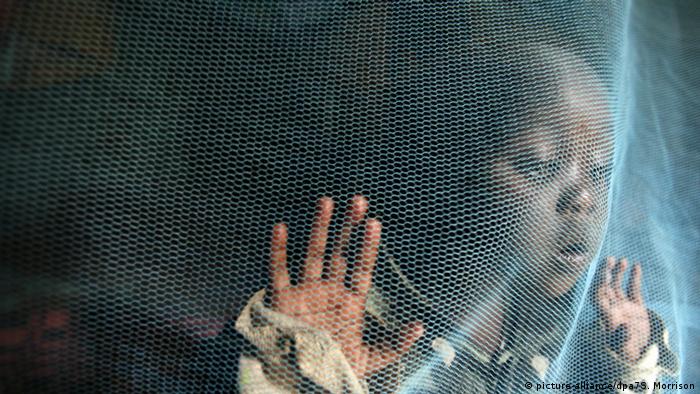 Atwine Rebecca and her 5-year-old child are back in the winding queue at Kawolo Hospital outside the Ugandan capital Kampala to see a doctor. It is her second visit in eight months to seek treatment for malaria. Laboratory tests show she and the frail-looking girl on her lap have the parasites that spread the disease in their systems, the stay-at-home mother from Lugazi town tells DW.

"It could be because many mosquitoes infested at my home, especially at night," she says. "We sleep under the net but some nights we don't use it."

On April 5, the government launched its Mass Action Against Malaria initiative, which hones in on individual households to raise awareness. It also established a parliamentary forum on the disease and recently wrapped up the distribution of 27 million mosquito nets countrywide.

This week, the World Health Organization (WHO) reported that although the fight against malaria has been successful, progress has stalled or slowed in recent years.

The continent still has a high rate of infections because significant gaps exist in the implementation and delivery of malaria interventions in many countries, says Matshidiso Moeti, the WHO's regional director for Africa.

Uganda has dramatically reduced its daily malaria death toll over the past 15 years. Sixteen million cases are still reported every year. The government has its sights set on an infection rate of zero.

But the global Roll Back Malaria Partnership to End Malaria (RBM) reports that Senegal, Madagascar, the Gambia, Zimbabwe and Ethiopia have made the most substantial progress in fighting the disease in Africa.

"If you look at the malaria landscape over the last 15 years, most African countries have made substantial gains and reduced the burden of infections by 40 percent and deaths by 60 percent," says Kesetebirhan Admasu, the RBM's chief executive officer. "But progress has stalled in some countries in the last two years, and we are seeing an increase in malaria cases. Uganda is one of those countries. I would not single out Uganda, but in East Africa and southern Africa it's a combination of factors causing the increase in infections."

Admasu says contributing factors include changing weather patterns that cause heavy rain and flooding, the conflict in South Sudan, the refugee situation, and the complex humanitarian emergencies in the eastern Democratic Republic of Congo and Burundi.

"Another major factor is the plateauing of resources," Admasu says. "A resurgence in malaria infections against this backdrop puts the global campaign at a crossroads," he adds.

Africa has for decades relied heavily on the international donor community when it comes to keeping its biggest killer under control. The trend is likely to continue, experts agree.

Malaria drains Africa of an estimated $12 billion (€9.8 billion) a year. A little over double that amount, or $24.5 billion  in total, is needed to fight the disease. The bulk of the money comes mainly from the Global Fund and the United States.

The average amount of money spent to treat an individual malaria patient, however, declined from $3 to $2.28 between 2010 and 2016.

The WHO this week called the fight against malaria a "success story," but also drew attention to the slowing in progress to curb malaria in recent years and the funding shortfall. 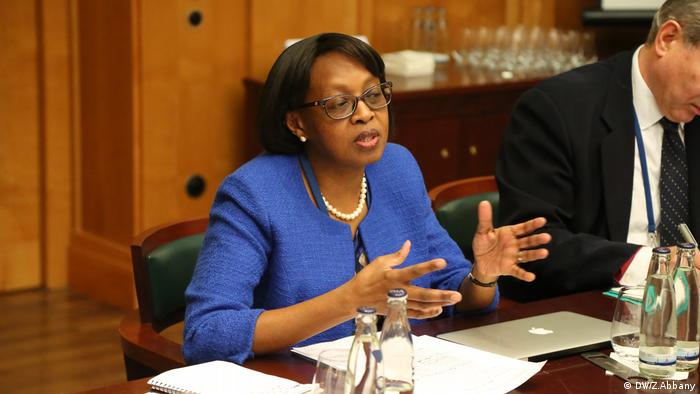 Matshidiso Moeti, WHO Director for Africa, says that more needs to be done to prevent pregnant women from contracting malaria

Africa still faces significant gaps in the implementation and delivery of malaria interventions in many countries, the WHO's Moeti says.

The WHO recommends treating pregnant women with antimalarial drugs to prevent them from falling sick. "But only about 19 percent of eligible pregnant women received the recommended three or more doses in 2016 in the African region," Moeti says.

Access to preventative drugs for children has not expanded rapidly enough, according to the WHO. It is estimated that every two minutes a child dies from malaria, a disease that is easily preventable and treatable, in Africa.

The relatively weak health systems and inadequate investment in health in African countries stands in the way of delivering basic essential health care packages to prevent and treat diseases such as malaria, according to the WHO.

Leaders 'should step up'

Admasu, who is also Ethiopia's former health minister, says continued investment from the international community is essential for meeting the UN's targets on malaria.

"But African leaders, who have endorsed this fight through the African Union, should step up domestic efforts too," he says.

Last year, three Ugandan researchers said they had developed a diagnostic kit that gives a result in two minutes with the help of a smartphone (see video below).

The Matibabu device uses light scattering and magnetism. The Kampala-based researchers said their motivation stemmed from the fact that they had all previously been infected with malaria.

Burkinabe students have created a malaria-repellent soap using shea butter, lemongrass and marigold. The students have now raised money through a crowd-funding campaign and plan to test Faso soap, as they call it.

"We're seeing so many exciting new products and innovations, especially in the vector-control space," Admasu says. "Some of these tools are being developed by Africans themselves and some by Africans in coordination with others."

He adds: "There is a lot in the pipeline, but we have to do what we can with the universal tools proven to save lives."

Frank Yiga in Kampala contributed to this report.

The war on malaria has been a victory for human health, driving deaths down and life expectancy up. But experts fear that the positive trajectory is starting to shift. (29.11.2017)

A newly launched report by the Gates Foundation tracks improvements in tackling health issues, such as malaria, AIDS and maternal and child mortality, that devastate many of the world's poorest countries. (13.09.2017)

The move will allow more federal funding and measures to be used to fight the disease in the US. The announcement follows a similar declaration by the World Health Organization.

NYC asks WHO to rename monkeypox to avoid stigmatization 27.07.2022

NYC health commissioner Ashwin Vasan pointed to "the painful and racist history" which the terminology evoked "for communities of color" in a letter to WHO.