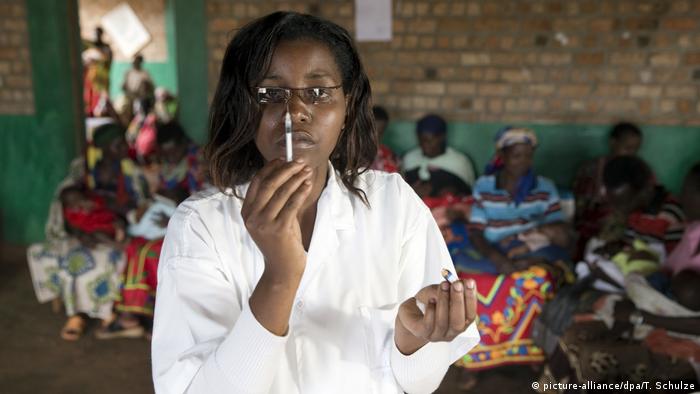 Doctors in Burundi are vaccinating children against TB. This has become more difficult during the lockdown.

The fight against the corona pandemic is important, and there is consensus among medical experts on that fact. But there are also other, very dangerous infectious diseases that have been known for a long time. If we lose sight of these in the fight against corona, there is a risk of even greater disaster.

One example from Africa: There, the World Health Organization (WHO) fears that the number of malaria victims could double this year, from 400,000 to 800,000. Increases in cases of preventable and treatable diseases may occur if the focus shifts from combating these diseases to COVID-19. There is a risk that, for example, medicines and mosquito nets will not reach the affected people — and this, just before the rainy season. 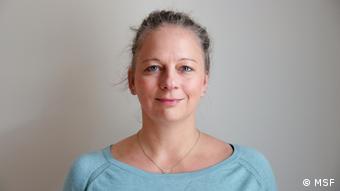 Dr. Anna Kühne is in charge of medical projects in Sub-Saharan Africa

"It has become a much greater logistical challenge to bring goods and medicines to the respective countries," says Dr. Anna Kuehne, who's responsible for various aid projects at Doctors Without Border (MSF) in Africa.

"This is due to restrictions on air traffic, but it is also due to border closures. And we must expect even greater difficulties in the future to maintain the medical programs," she says. "We can already see that some organizations are being forced to reduce their activities."

Malaria is just one of the highly dangerous diseases that are currently on the rise again. In just one project in Central African Republic, Kühne reports that they have more than 100 children in hospital every week due to severe measles infection. In Chad, measles is also prevalent. But the worst outbreak is currently in the Democratic Republic of Congo. "Many measles vaccination campaigns are currently delayed due to the COVID-19 pandemic," Kühne says.

In addition, there is the fear of famine caused by a plague of locusts that have been invading eastern Africa since last year. A second wave of these voracious insects is currently expected. The World Food Program has already warned that more than 260 million people in Africa could be threatened with starvation by the end of the year as a result.

In many countries, food prices are already rising sharply. The lockdown and border closures are making the situation worse because they prevent goods from reaching the markets and people from working. The healthcare system is also suffering the effects.

"In our programs, we try to maintain medical care for all the existing problems, as much as possible" Kühne says. "But many activities by international organizations — and by small NGOs as well — are focusing on COVID-19, since you have to prepare for it."

Money, she adds, is being reallocated, and many routine programs are stopped because the capacities are not there to continue them while preparing for COVID-19 at the same time. 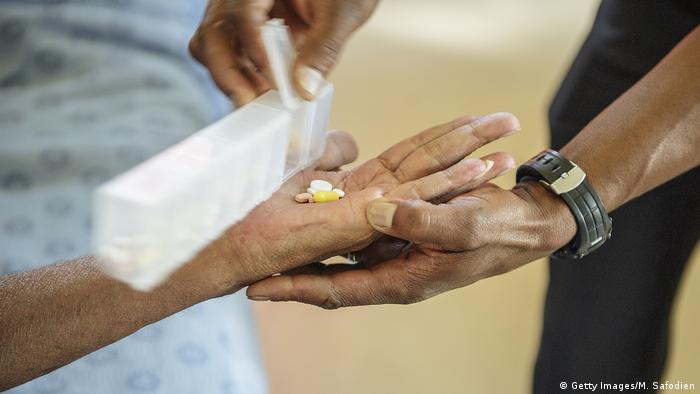 Delivering medicines in South Africa: Today patients have to take larger supplies home and get advice via video-chat

HIV and TB — a deadly tandem

Two other deadly diseases are HIV and tuberculosis. Many of those infected are carriers of both. To combat the two, MSF runs a project in Eswatini, formerly Swaziland. "About a third of the adults there have HIV, and there are also a great many cases of tuberculosis," Kühne says.

MSF is adapting its programs there. Patients are now no longer visited daily to help them take their medication; that now happens via video.

"There are also attempts to ensure that HIV and TB patients have to visit medical facilities less often," Kühne told DW. "They're  given supplies of medication for a longer period of time. This reduces the risk of exposure. But we also see that fewer people come to facilities for HIV tests and for starting treatment. So we can only provide HIV therapy to fewer people."

The fight against tuberculosis and HIV is also hampered in parts of Europe and Central Asia. A lot of progress has been made there in the last couple of years: The European region has seen the fastest decline in tuberculosis worldwide – about five percent per year. And the mortality has been declining even faster, at a rate of ten percent per year. WIth COVID-19, however, there is a danger of serious setbacks.

Read more: WHO: Tuberculosis is the world’s deadliest infectious disease 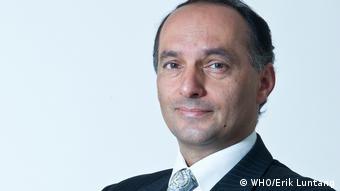 Dr. Masoud Dara of the WHO is in charge of fighting TB and HIV in Europe and Central Asia

"We may lose all the progress which has been made so far," says physician Dr. Masoud Dara of the WHO. Similar to Africa, patients now have no opportunity to see their doctors. They must stay at home. There, too, they are advised by video conference, via mobile phone if possible.

"Many of the tuberculosis facilities are also used for preparing for COVID-19, because they have good infection control measures in place," Dara says. "On the other hand, ambulatory care, in which healthcare workers are providing treatment in peoples' homes, is also affected because of the lockdowns."

Another area where there could be a shortage is in testing. For example, many test laboratories that previously tested for TBC and HIV have now reserved their capacities for COVID-19 testing.

One particular danger is that, in some European countries, half of TB patients already carry antibiotic-resistant TBC germs. These can only be clearly identified by genetic tests (so-called PCR tests).

HIV, too, is already being tested far too infrequently: Approximately half of the patients are diagnosed only at late stage of HIV infection, when the AIDS disease has nearly broken out.

Could a tuberculosis vaccine guard against the COVID-19?

Despite all these difficulties, Dr. Dara sees a great opportunity. He hopes that, with increased attention put into COVID-19, testing for other pathogens will become more frequent and systematic in the future.

"This is a challenge, but it can also be turned into an opportunity if we are rationally planning the use of testing equipment and cartridges to transport the samples — and of the diagnostic services."

He also hopes that the "corona experience" could also make a big difference in home care.

Anna Kühne also wants to look ahead. She's trying to keep her projects running and to protect staff and patients as much as possible from COVID-19, especially those groups that are most vulnerable. "It will be a huge challenge," she says. "How bad the epidemic in African countries will be, we don't know at the moment."

What is important to her, in any case, is that international aid organizations and donors do not lose sight of the other dangerous diseases — and that there is no competition for resources between COVID-19 and diseases like malaria, TB, HIV and measles.

"It is important that there is extra money to support the fight against COVID-19," she says. "It is a real danger in these countries, and there is no question that money is needed for it."

But she warns that it should not come from other campaigns.

"We have to prepare for COVID-19, as well as maintain what we have already achieved," she says. "This certainly includes measles, which is currently causing major outbreaks in many countries with many deaths, and this includes malaria and HIV. We must not do one and leave the other in place. We have to do both."

Sharks and scorpions? The world's deadliest animals aren't what you thought

People are terrified of sharks but when you look at the number of people actually killed by them, you realize that the truly dangerous killers are others. (20.07.2015)

With few people vaccinated, an overwhelmed medical service, and generally poor health among its population, virologists fear North Korea could be the source of dangerous new mutations of the virus.