VPM1002 is the name of a new tuberculosis vaccine that could possibly help control the novel coronavirus. Several studies have been initiated and seem promising. The tuberculosis vaccine called Bacille Calmette-Guerin (BCG) has been around since the beginning of the last century. It is the only approved vaccine againsttuberculosis. To date, more than 4 million doses of it have been administered. The new VPM1002 is based on that vaccine.

Scientists at Germany's Max Planck Institute for Infection Biology have developed the vaccine by genetically modifying BCG. Once the vaccine has successfully completed clinical testing, there are plans to use it against tuberculosis worldwide within the next few years.

Infection biologist Stefan Kaufmann was in charge of the development of VPM1002. Now, scientists are also testing the vaccine for its efficacy against COVID-19.  Its precursor has already proven to be effective against other infections. 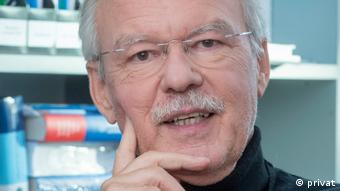 This also gives hope with regard to COVID-19.

Studies in mice show that VPM1002 activates the immune system and could thus significantly attenuate viral infections such as COVID-19.

A vaccine — or a pathogen, for that matter — always stimulates two types of defense by the body. One of these is innate or non-specific immunity. It can kill pathogens very quickly. The other is acquired or specific immunity. 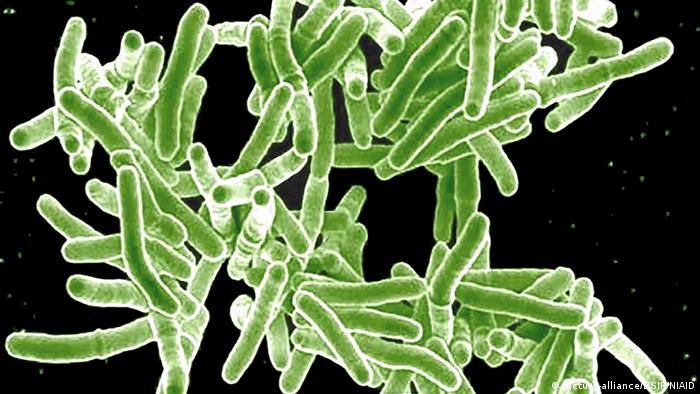 VPM1002 will play an important role, especially in the fight against the Mycobacterium tuberculosis

ThePaul Ehrlich Institute has already approved the phase III clinical trial for VPM1002 against COVID-19. It is being conducted at various German hospitals, including the Hannover Medical School (MHH).

As of the beginning of May, scientists have been testing whether the new tuberculosis vaccine activates the immune system in a non-specific way.

"This should help to alleviate the severe progression of respiratory diseases such as COVID-19," Jacobus Bosch tells DW. He is one of the scientists in the team headed by Professor Christoph Schindler, who is lead author of the study. It focuses on the vaccine's effect as a possible agent against COVID-19.

"The new tuberculosis vaccine VPM 1002 will be tested in Hanover exclusively for its efficacy in the current SARS-CoV-2 pandemic situation," says Bosch.

The first nationwide study involves 1,000 test persons. They all work in the medical field and are therefore particularly exposed to a possible infection.

"In a further study, we plan to investigate the efficacy of the improved tuberculosis vaccine VPM1002 in people over the age of 60. The question here is whether VPM1002 can effectively protect this age group, which is currently particularly at risk," the study's director, Schindler, explains.

The second study will involve 2,000 volunteers from all over Germany

Even if the test results with VPM1002 are positive, Stefan Kaufmann says, further research on a special coronavirus vaccine is still necessary. But if its effects are successful enough, VPM1002 could be produced in large quantities within a short period of time, thus bridging the time until an effective COVID-19 vaccine is found.

"We're not talking about millions, but about 10 to 100 million doses in a short time. This is also very important, because the tuberculosis vaccine BCG is quite scarce, and the World Health Organization is now concerned that infants in countries with TB will not be able to be vaccinated," Kaufmann says.

India is the most likely production location. The Serum Institute of India has been licensed to produce the VPM1002 vaccine. The company is the largest vaccine manufacturer in the world and already has facilities ready for production. Every year, more than 1 million people worldwide die of tuberculosis

The tuberculosis vaccine BCG is well-established and has long ensured that tuberculosis takes a milder course. Children in the eastern German states and in eastern Europe have received it. Today, it is still administered mainly in Africa and Asia in the fight against tuberculosis. In some of these regions, there seem to have been very few cases of COVID-19 so far.

"When the COVID-19 crisis emerged, some scientists looked directly at whether COVID risks were lower in countries where BCG vaccination is mandatory, i.e., whether there were fewer cases of disease than in countries without BCG vaccination. And, indeed, a connection was found here," says Kaufmann.

Nevertheless, he is cautious in his interpretation of these studies: "These are studies comparing countries that differ from one another in many ways. So it can't necessarily be attributed to the fact that there has been a compulsory BCG vaccination." But he said the findings provided an incentive to examine the matter further.

The scientists in Hanover are also confident. "We think this new VMP1002 tuberculosis vaccine is a promising approach," says Bosch. "The vaccine should improve the human body's non-specific immune response and thus be effective against SARS-CoV-2 viruses, but we will have to wait for the results of the clinical trials."

And there are not only the studies in Germany or in India: Worldwide research is in full swing — just like the virus.