Health experts have expressed disappointment over the government's failure to address the issue of malnutrition and children's stunted growth. Coronavirus, inflation and unemployment have exacerbated the situation. 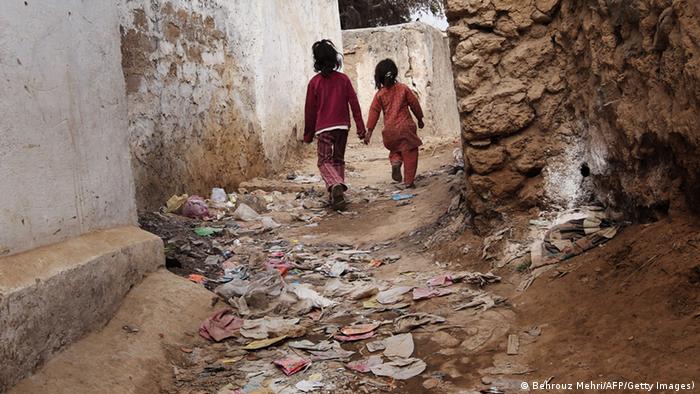 Prime Minister Imran Khan vowed to deal with the issue of malnutrition after he came to power in August 2018. As opposition leader, Khan was very critical of the previous administrations' inability to tackle the problem. But many in Pakistan believe his government hasn't done much to improve the situation in the past two years.

Even members of the ruling Pakistan Tehreek-e-Insaf (PTI) party admit that the government could have done better when it came to addressing rising levels of malnutrition and stunted growth in children.

"It seems the government is not paying attention to this important issue. If we do not take immediate measures to tackle it, around 50% of the country's children might suffer from stunted growth and a large population of the country will be malnourished," Ishaq Khakwani, a PTI official, told DW.

Only after completing two years in power, Khan's government launched the Ehsaas Nashonuma program, which aims to improve nutrition and prevent stunted growth. But the government's efforts are too late and too little, say experts.

Pakistan is witnessing a double-digit inflation and widespread unemployment. The coronavirus pandemic has exacerbated the situation. Thousands of people have lost their jobs in the past few months.

In May, Asad Umar, the federal planning minister, warned that millions of Pakistanis could fall below the poverty line as a result of the pandemic. Umar also said that one out of four Pakistanis saw their diets reduced as a result of the dire economic situation. The minister said thousands of small businesses could be closed permanently.

But other officials say the government is doing its best to deal with the malnutrition issue. According to the government's Demographic and Health Survey, the stunted growth in children under the age of 5 had decreased from 45% in 2012-2013 to 38% in 2017-2018. The 2018-19 National Nutrition Survey says that around 40% of children under the age of 5 are facing stunted growth.

"Pakistan is likely to see an increase in malnourishment in the next two years. The percentage of people living below the poverty line has increased from 26% to 32% in recent years, partly due to coronavirus and government's misplaced economic priorities," Amir Hussain, an Islamabad-based social expert, told DW, adding that 48% to 50% of the population is projected to face malnutrition in 2021.

Karamat Ali, executive director of the Pakistan Institute of Labor Education and Research (PILER), said the government's figures on malnutrition and stunted growth couldn't be trusted.

"Out of Pakistan's total 68 million labor force, only a little over 1.5 million laborers have any social security. This means the rest don't receive any government assistance, such as unemployment allowance or medical treatment," Ali told DW.

"Around 45% of this labor force are associated with the garment and textile industry, and around 90% of these sectors have either been shut or are seeing very little manufacturing activity. At the same time, the government is rapidly privatizing state-run enterprises, which has rendered thousands of people jobless," Ali said, adding that people's nutrition and health are bound to be affected by these economic policies.

"We conducted a survey, which revealed that around 30% of respondents reduced their food intake as a result of rising food prices. There has been a sharp rise in food prices in the past few months. Medicines, among other things, have also become very expensive. All this has augmented malnutrition and stunted growth among children," he added.

"We spend more on the military than on common citizens. If we really want to tackle the issue of malnutrition, we need to substantially reduce our defense budget and increase the health budget — from the current 2% to at least 10%. It is crucial to transform this country," Mehsud underlined.

Health expert Muhammad Ashraf Nizami says the government must include health experts and doctors in policymaking. "The government appoints bureaucrats to deal with health issues. They don't know anything about these things," Nizami told DW.