As the US takes over the rotating presidency of the Security Council, it has put the spotlight on Nicaragua. The change comes just days after a UN Human Rights delegation was expelled from the country. 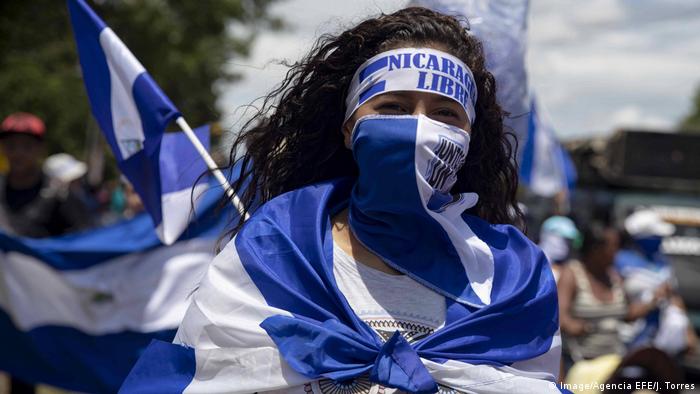 US Ambassador to the United Nations Nikki Haley said on Tuesday that the Security Council would address the "critical situation" unfolding in Nicaragua. As the US takes over the rotating presidency of the Security Council in September, it is putting the spotlight on the beleaguered Central American nation.

The meeting on Nicaragua will take place on Wednesday, at 10 a.m. local time. In a press conference announcing the upcoming US agenda, Haley said it was important for the council and the world to discuss what is happening in Nicaragua. Also in attendance will be the Secretary General of Organization of American States, Luis Almagro.

In particular, Haley plans to discuss a recent report released on August 29 by the Office of the UN High Commissioner for Human Rights, which described the Nicaraguan government's repressive tactics from the street level to the judicial system.

Two days after the UN report was released, Nicaragua expelled the UN human rights team that had worked on the report.

Opposition from China and Russia

Peru and the UK also supported the US move to put the Nicaraguan situation on the table. But several Security Council members on Tuesday expressed their opposition to Haley's plan to discuss Nicaragua.

Among them were permanent members China and Russia, along with Bolivia, a non-permanent member and Nicaragua ally. Kazahkstan and Kuwait also expressed reservations on the matter.

They argued that the topic of Nicaragua should not be discussed, as it does not represent a threat to international peace and security. Bolivia could attempt to block the meeting, but would likely fall short of the minimum nine votes required to do so, diplomatic sources said.

Nicaragua has been immersed in political turmoil since anti-government protests erupted on April 18. The UN estimates that 300 people have died and approximately 2,000 have been injured in the ensuing government repression and violence.

The UN human rights organ said Nicaragua lacked the conditions for freedoms of speech and assembly, placing the blame squarely on President Daniel Ortega's government. Ortega blasted the report as baseless and slanted. (30.08.2018)