The UN General Assembly has endorsed the Global Compact on Refugees, a week after a similar accord for migrants. Nearly 170 countries have pledged help to nations that host those fleeing war and persecution. 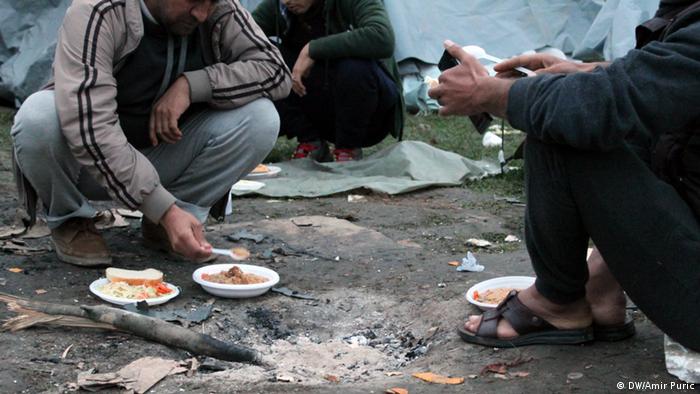 After two years of intense negotiations, the United Nations General Assembly on Monday adopted a new refugee accord in an attempt to better manage those seeking international refuge in the wake of the 2015/2016 European migrant crisis.

The United States found itself isolated in the General Assembly as only Hungary backed the US and voted against an annual resolution on the work of the U.N. refugee agency, while 181 countries voted in favor and three abstained. The resolution has generally been approved by consensus for more than 60 years.

The UN refugee compact contains a set of measures to help host nations, whose public services and infrastructure often struggle to cope with the increased burden of supporting people displaced by conflict, persecution and natural disasters.

The nonbinding compact also encourages solutions that help refugees become self-reliant in their host countries, and that improve conditions in countries of origin to allow their safe and dignified return.

More than 25.4 million refugees, over half of them under the age of 18, were living away from their home countries at the end of 2017, according to UN statistics.

Just 10 countries host almost two-thirds of the world's refugees. One of them is Turkey, which has welcomed 3.5 million people seeking refuge.

The refugee compact follows a similar accord finalized last week at a UN migration conference in Morocco that deals with all forms of migration. The UN General Assembly is also due to endorse that accord this week.

Most international experts consider migrants to be those who change their country of residence, irrespective of reason or legal status. They include economic migrants, who seek a better standard of living in a new country.

Refugees are those who need international protection as a result of war, violence and persecution. They include stateless people. Their status is recognized by the 1951 UN Convention on refugees.

Whereas the migration accord aims to minimize the push factors for migrants leaving their home countries and to ensure they have correct identification papers, the refugee compact seeks to improve conditions for genuine asylum-seekers and offer additional support to their host countries.

What are the objectives of the refugee compact?

The global compact has four objectives:

How the refugee compact came about

Three years ago, the sudden and massive rise in the number of migrants and refugees crossing the Mediterranean or overland from Southeastern Europe caused a huge split among European Union countries. Many of the new arrivals were fleeing the Syrian civil war and other Middle Eastern or African conflicts, while others sought to escape extreme poverty.

Hungary, Poland and Slovakia have refused to abide by the EU's Dublin Regulation governing asylum policy for the whole bloc. Several EU states, mostly in Eastern Europe, have refused to honor an EU agreement to share asylum-seekers. Others, meanwhile, have reneged on promises to split the migrant burden.

A year into the European migrant crisis, the UN General Assembly adopted a resolution recognizing the need for better cooperation and coordination to manage migration effectively, which has led to several rounds of international negotiations toward two new pacts.

Similar migration crises in Africa, the Middle East and the Americas have also boosted support for better cooperation, although several countries are resisting the changes.

Which countries don't support the plans?

The proposed UN migration accord has reignited political tensions across Europe, where several Eastern European countries including Poland, Slovakia and Hungary have refused to sign, along with Austria.

In the wake of its rejection of the accord on migration, the US is also opposing the refugee pact. The Trump administration said it is "inconsistent with US immigration and refugee policies."

The UN insists the compact doesn't force countries into new obligations not previously agreed by the 1951 refugee convention.

Germany's Interior Ministry is considering resuming deportations to Syria despite the still-volatile situation in the war-torn country. Violent criminals among Syrians should be repatriated, German conservatives say. (16.11.2018)

The UK is being urged to continue to offer places to child refugees, 80 years after the first 200 Jewish children arrived from Nazi Germany. Their escape was made possible by British, Jewish and Quaker organizations. (02.12.2018)