Germany's Interior Ministry is considering resuming deportations to Syria despite the still-volatile situation in the war-torn country. Violent criminals among Syrians should be repatriated, German conservatives say. 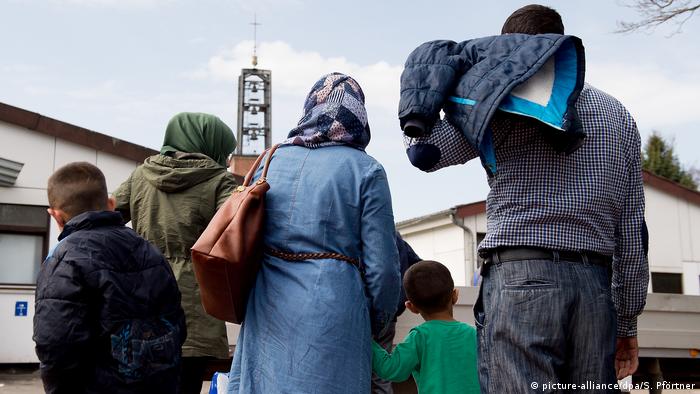 With the war in Syria winding down, the government of Germany will reconsider their freeze on repatriations of Syrian migrants, German interior ministry said on Friday.

"We are examining it very strictly in our ministry," he said.

The decision is expected to be made in two weeks, when interior ministers of 16 German states are due to meet with Seehofer in the central city of Magdeburg.

A year ago, the group voted to prolong the moratorium for deporting Syrians until the end of 2018. Interior ministers from Bavaria and Saxony, however, pushed for an extension of only six months.

Earlier this week, Germany's Foreign Ministry issued a classified report on the situation in Syria. The document aims to help various institutions and courts in making decision regarding asylum requests.

While the details remain secret, Germany's Foreign Ministry said that the reports showed a "complex, still difficult and volatile situation" in the country torn by six years of war. This estimate applies to both the territory controlled by the Assad regime as well as to the areas still held by the rebels. It was also "not easy" to gather information considering that Germany currently does not have an embassy in Syria, officials said.

The interior minister in the eastern German state of Saxony, CDU conservative Roland Wöller, backed the initiative of deporting criminals.

"As soon as the security situation allows, there should be an option to send people who pose a danger to the public and also criminals to Syria," he told Redaktionsnetzwerk Deutschland.

"We will consider the latest (Foreign Ministry) report at the interior minister conference," he added.

At the same time, the opposition Left party slammed Seehofer for opening the door to resume deportation.

"There must not be any deportations to Syria," said the Left lawmaker Ulla Jelpke. The country remains "shaken by the civil war and terrorism," and ruled by Bashar al-Assad who "terrorized the citizens in the past, is still doing it, and will certainly continue to do so in the future."

"Syria is not safe," the group said.